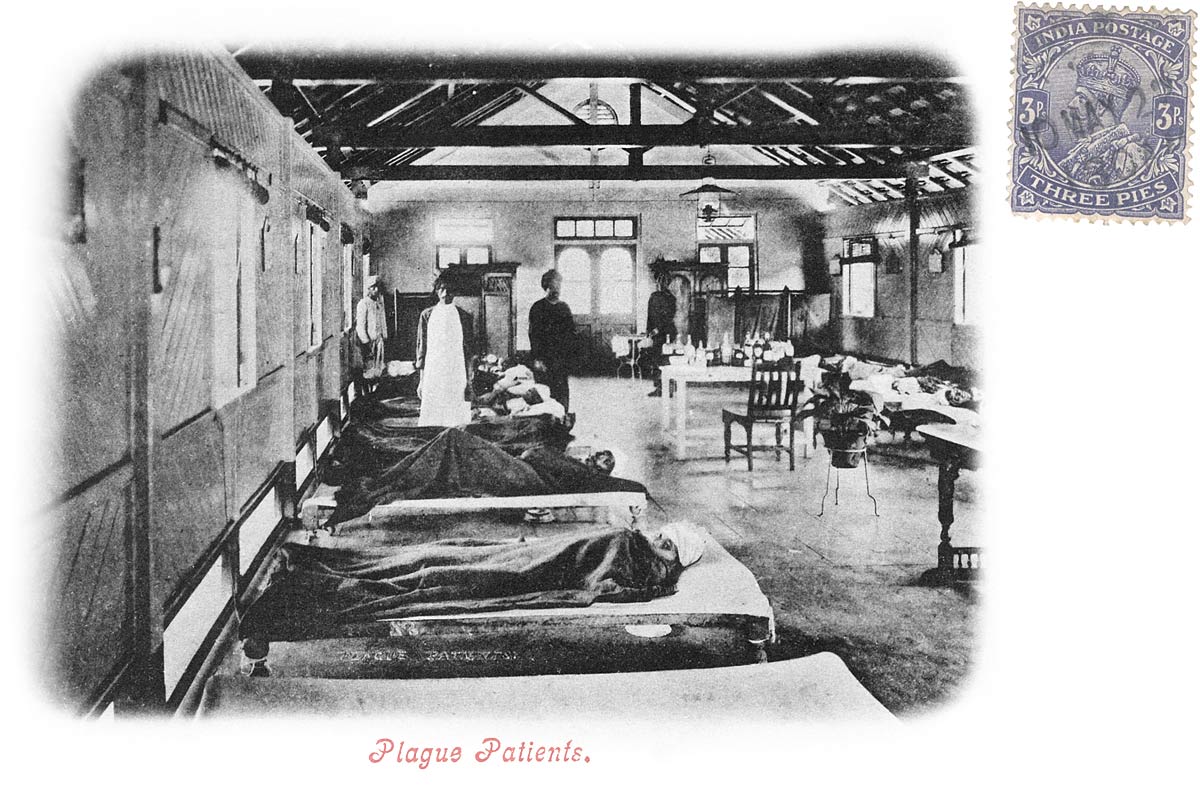 Illustrated postcards actually came to Mumbai at an inauspicious moment. The increased ship traffic from Hong Kong and South Africa brought the bubonic plague back to Mumbai in 1896. “It [the plague] started in the Mandvi quarter and then spread throughout the city,” wrote the Bombay Gazette in 1900. In response to this crisis, Clifton & Co. published cards like this that showed the authorities taking action. Note the well-dressed people on the right who set-off the little boy with the bloated stomach. These cards depict a clean interior with an English doctor and nurse standing by. Other cards showed organized Segregation Camps and other facilities meant to represent that the situation was under control, lest business be threatened.