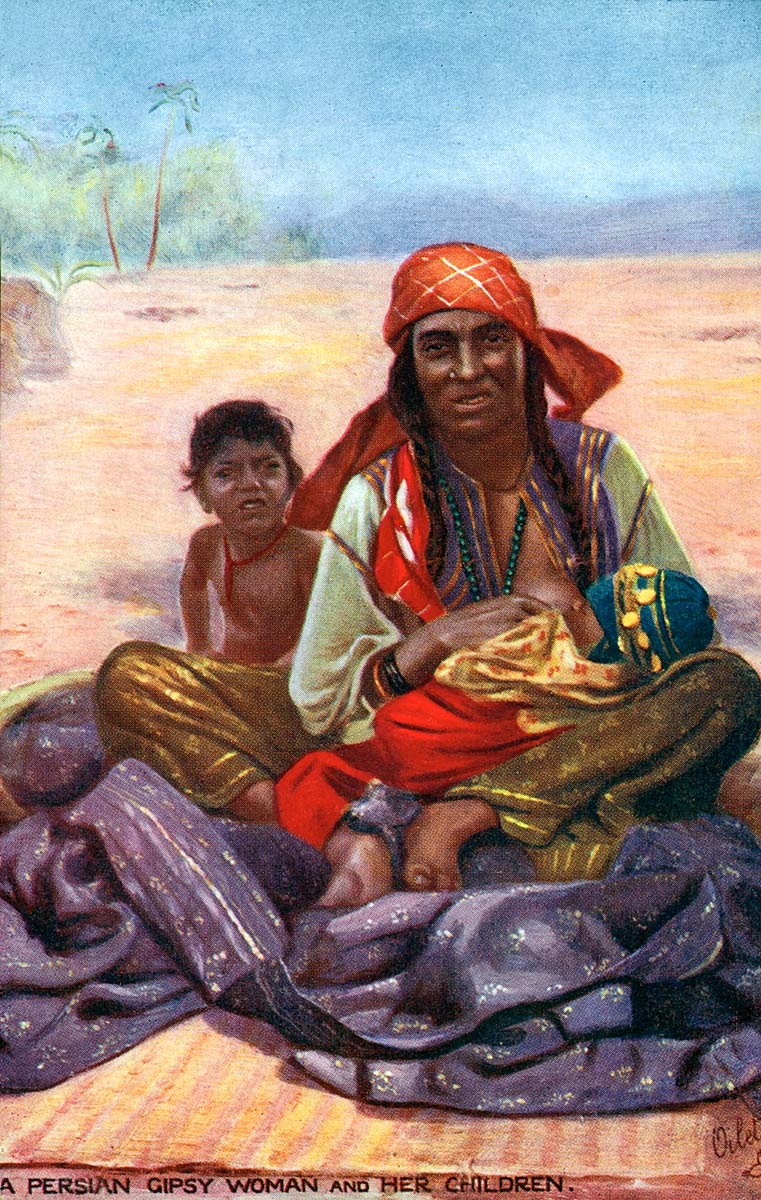 A Persian Gypsy Woman and Her Children

[Original caption] A Persian Gypsy Woman and Children. These itinerant vendors of small articles travel far and wide through India, often pretending also to occult knowledge. Their faces are distinctly of the Romany type, and frequently are not unbeautiful. [end]

Postcards are one of the better sources of images for so-called nomadic peoples, who moved seasonally across borders like those between Afghanistan and British India, or even in this case of what is purported to be a "Romani" type. We now know from genetic studies that the Romani people, better known as gypsies until recently in Europe and across northern Africa where they are most often found, actually did migrate from India about 1,500 years ago. Other clues to these origins come from the use of the word "pani" for water in the Romani languages. Their history is covered in the remarkable book Bury Me Standing by Isabel Fonseca (1996).