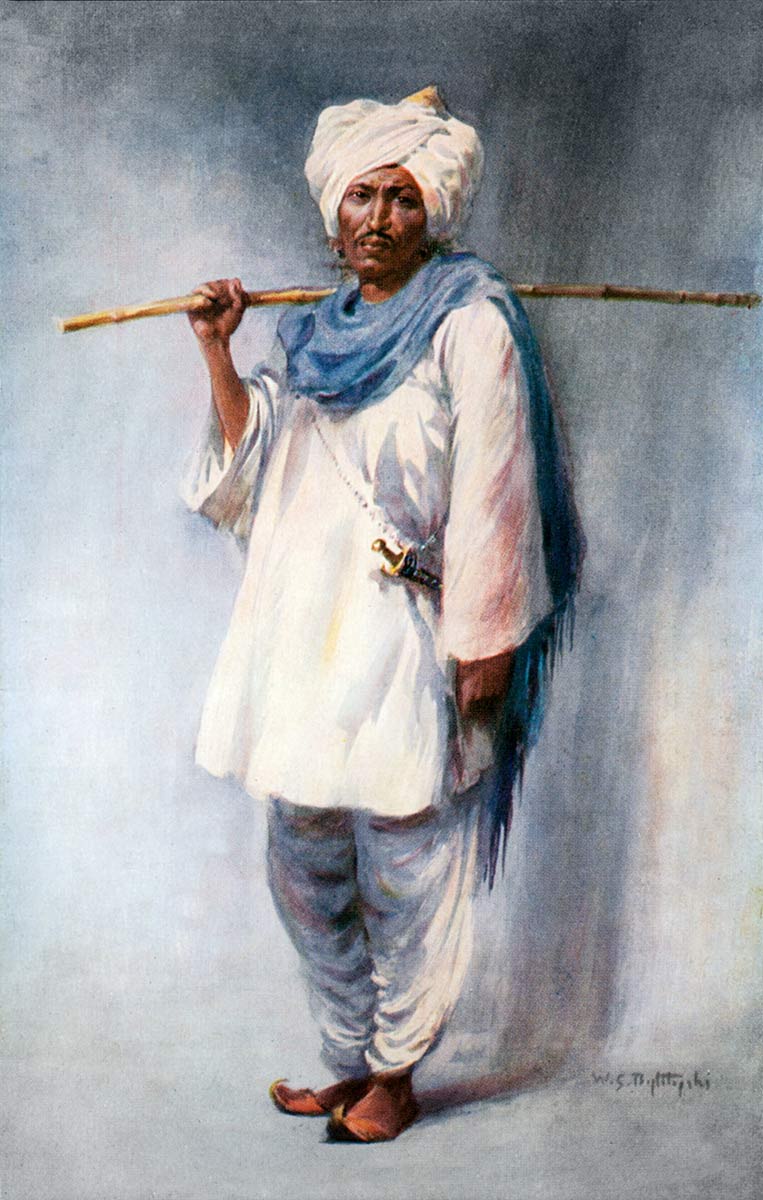 [Original caption] An inhabitant of North-West India unsurpassed as a hill fighter. Although Mahomedans, the Pathans rebelled against the Mogul Emperors round about the sixteenth century and were in consequence forced to keep to the hills. [end]

Apparently from a Times of India series profiling the various "martial races" in India contributing to British war efforts.