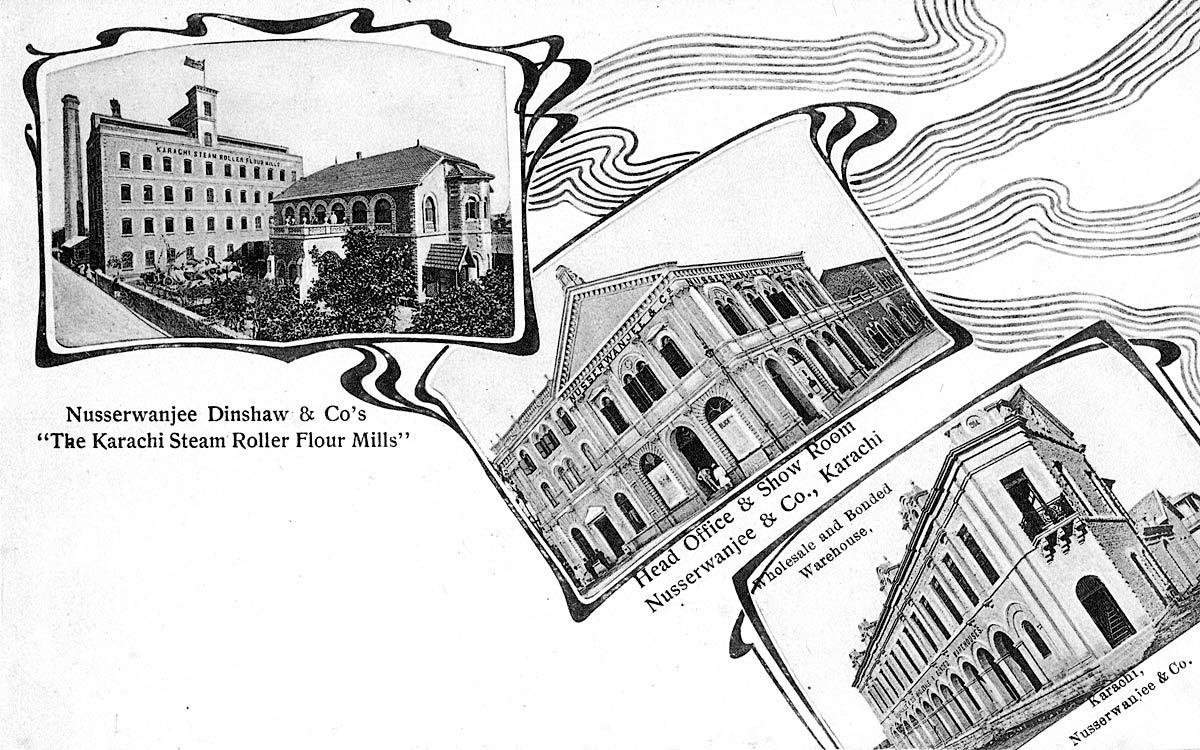 A unusual advertising postcard for one of Karachi's premiere merchants at the turn of the century. As the commercial directory Seaports of India Ceylon (Allister Macmillan, 1908) put it for the first firm in their "Commercial Karachi" section, "There are only about 100,000 Parsis in all India; and while most of them are at Bombay, there are about 2,700 in Karachi, where they contribute very influentially to local trade. Amongst the most noteworthy of the Parsi firms there are Messrs. Nusserwanjee and Co., whose extensive business was started in 1879 by Khan Bahadur Nusserwanjee R. Mehta as a general merchant in a small way. Year after year, through hard work and unswerving probity, his trade developed considerably, and his name became well-known and highly esteemed throughout Sind and elsewhere. In 1903 he obtained a plot of land, about 3,000 square yards in extent, fronting Elphinstone and Dundas streets, upon which he bilt the large and handsome two-storeyed establishment that is so popular for general groceries and provisions, wines and spirits, etc" (p. 336).

The entry goes on to list the many ventures of the firm, including the flour mills shown above, "established in 1904 by Mr. Nusserwanjee, and now one of the largest and best managed concerns of its kind in Sind. The mill is equipped with up-to-date machinery, gives employment to some hundreds of persons, and has a daily grinding capacity of 1,500 maunds."

The designed framed vignettes, connected by wavy lines, are a nice way of visually integrating the many sides of a conglomerate that, among other things, was also into tile manufacturing, an ice factory, salt works, saw mills and, of course, postcards.