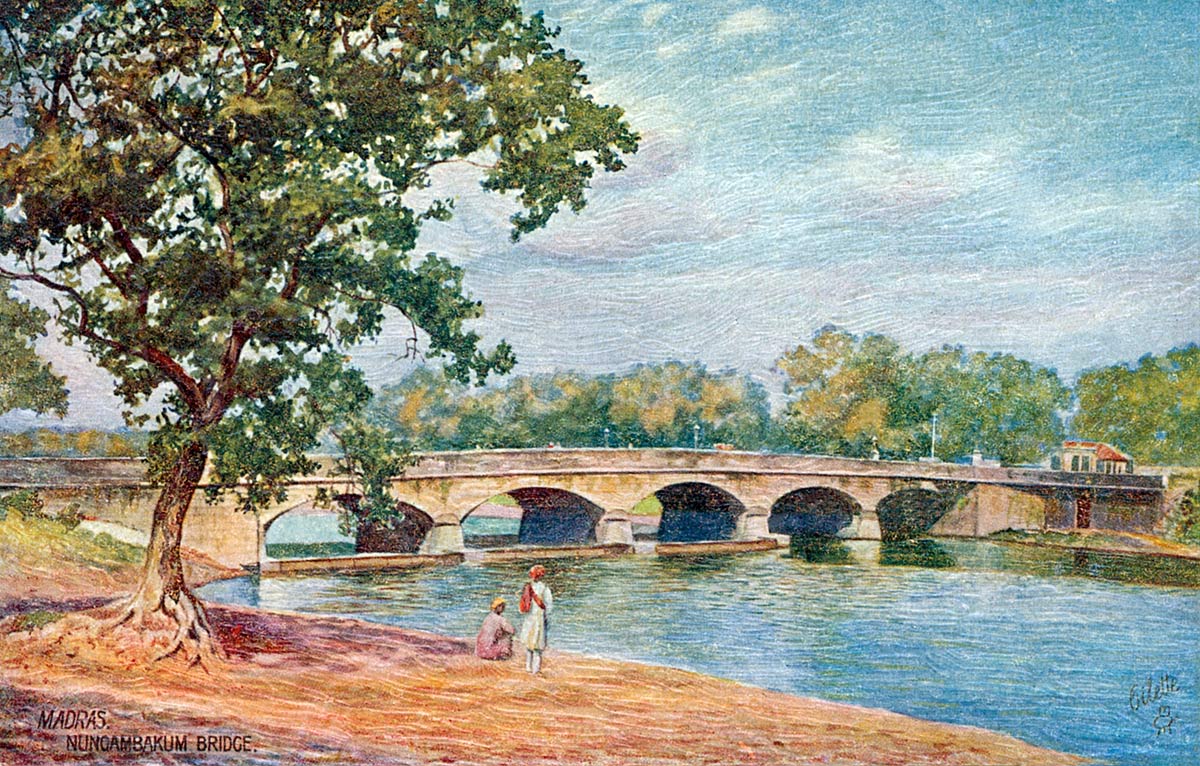 [Original caption] Numgumbakum Bridge. To the west of George Town named after King George V, Emperor of India, are the suburbs of Egmore and Nungumbakum adorned with mansions embowered in spacious parks that make Madras 'a city of magnificent distances.' Its 600,000 inhabitants are spread over an area as extensive as that occupied by 6 million Londoners. Nungumbakum is a rural hamlet with no sign of urban influence beyond the municipal lamp-posts that dot its roads. [end]