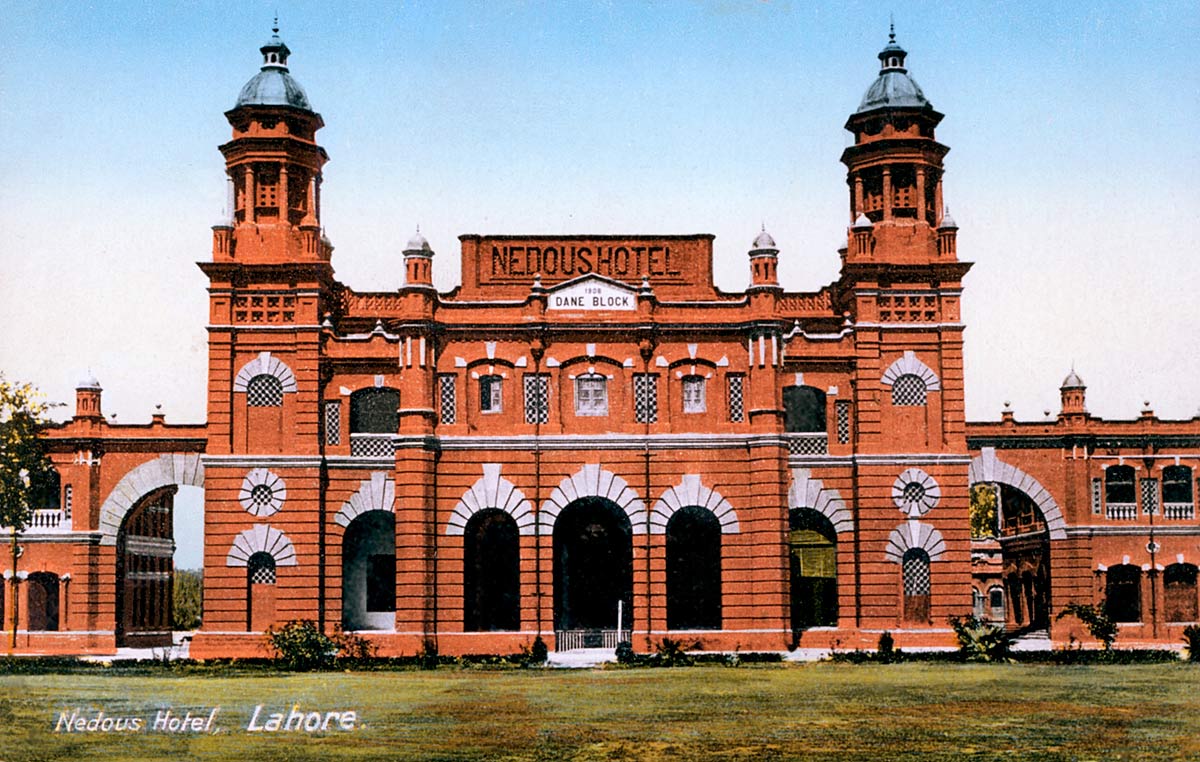 Nedous Hotel was established on the Mall in 1880 by Michael Adams Nedou, apparently from Dubrovnik, then part of the Austro-Hungarian Empire. A grand hotel, it would have held many secrets of old Lahore. According to one source, Michael Nedou's son Harry, who married a Kashmiri milk maid named Mir Jehan, had a daughter named Akbar Jehan who was briefly married to Lawrence of Arabia when has passed through the hotel in 1928 (she was seventeen, they were divorced and she later became the wife of Sheikh Abdullah of Kashmir, the story does not appear in Lawrence biographies).

Nedous lasted until the early 1950s, and on this prime location now sites the Avari Hotel in a new building.