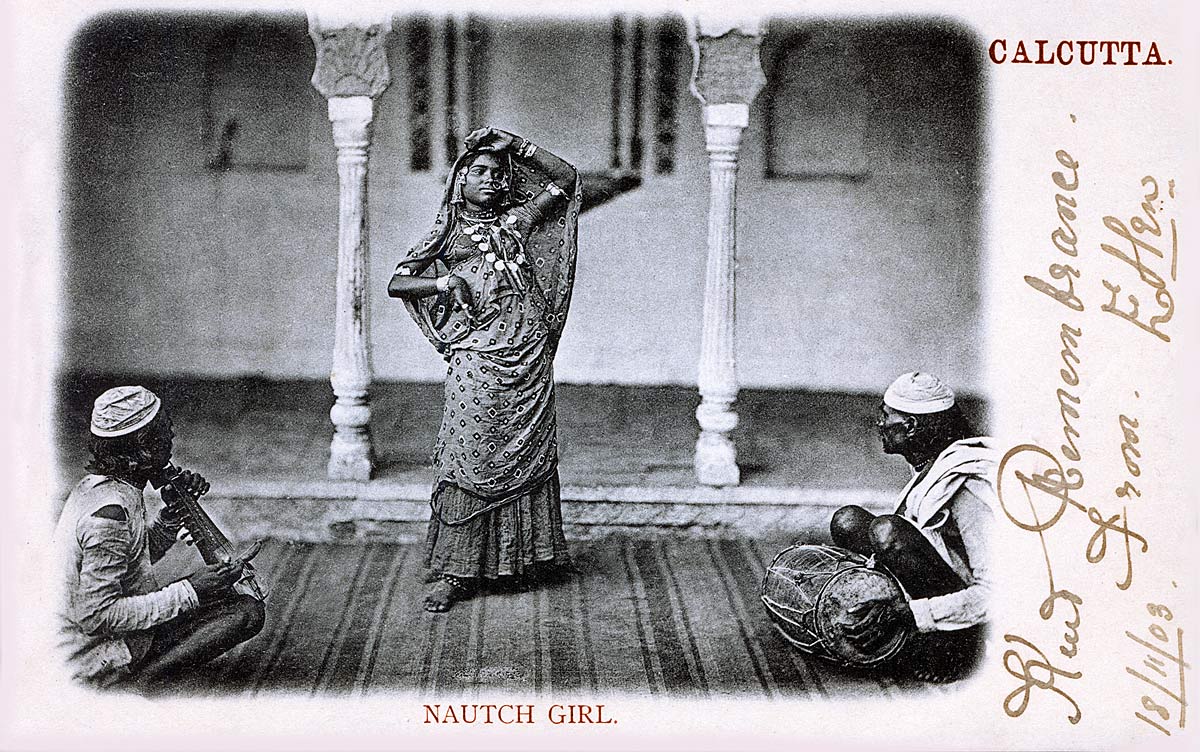 The role of nautch or "dancing" girl was changing at the time of this postcard. S.S. Bose, a collector of early nautch photographs, opined in the Kolkata Englishman in 1903 that Christian and Indian “moralists,” have nothing to say about the new “opera girl” actresses taking over the theatrical stage in Kolkata: “The modern Bengali Opera-girl is a cross-breed between the nautch-girl and the European ballet dancer.” A hundred years ago, the nautch girl was already morphing into later Bollywood incarnations, a prime example of which is the iconic film Umrao Jaan (1981).

Note the fine detail in the woman's ghagra and dupatta, and the out-of-focus walls in the back. The message says "Kind Remembrance from E. Hen. [sp.?] 18/11/03" and mailed to Joe Manaselo [sp.? Esq., 54, Free School Street, "Local" [e.g. Kolkata], and was probably sent to memorialize a performance both men attended.

Note how the same photograph is used in another, earlier coloured Roessler postcard.