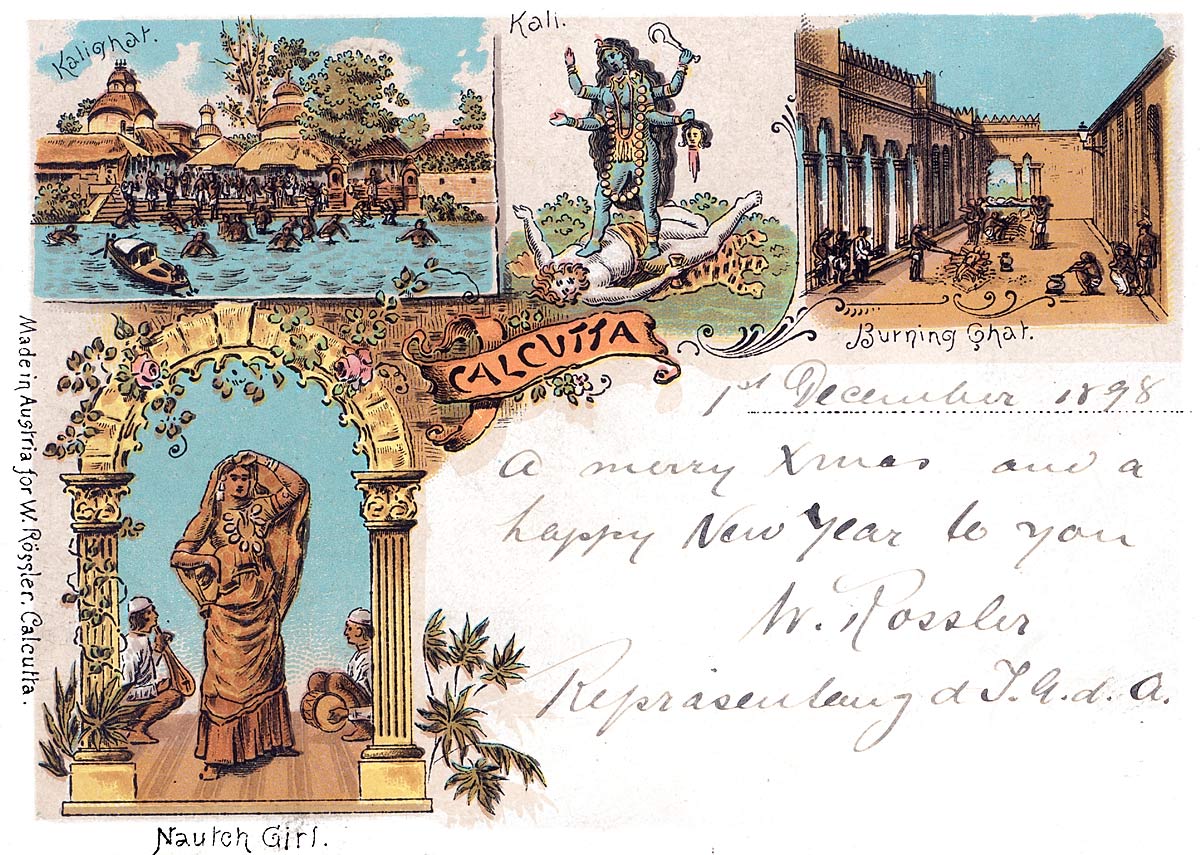 Kalighat - Burning Ghat - Nautch Girl - Kali
One of the earliest "Greetings from Calcutta" postcards, by the German or Austrian photographer Werner Roessler who was based in the city and had the lithographic card printed in Austria from his photographs. The white space in front was for the sender's text as before 1903, the back could only be used for addresses.

This card is exceptional in that it was sent and is signed by Roessler himself. Postmarked Calcutta December 3, 1898, it is addressed to Karl Hatta in Bohemia, Austria [now Czechia], and suggests that like many Raj photographers, he ran side businesses as well. [Recto] “1st December 1898. A Merry Xmas and a happy New Year to you W. Rossler Representierung [Representing] J.G.d.A.”