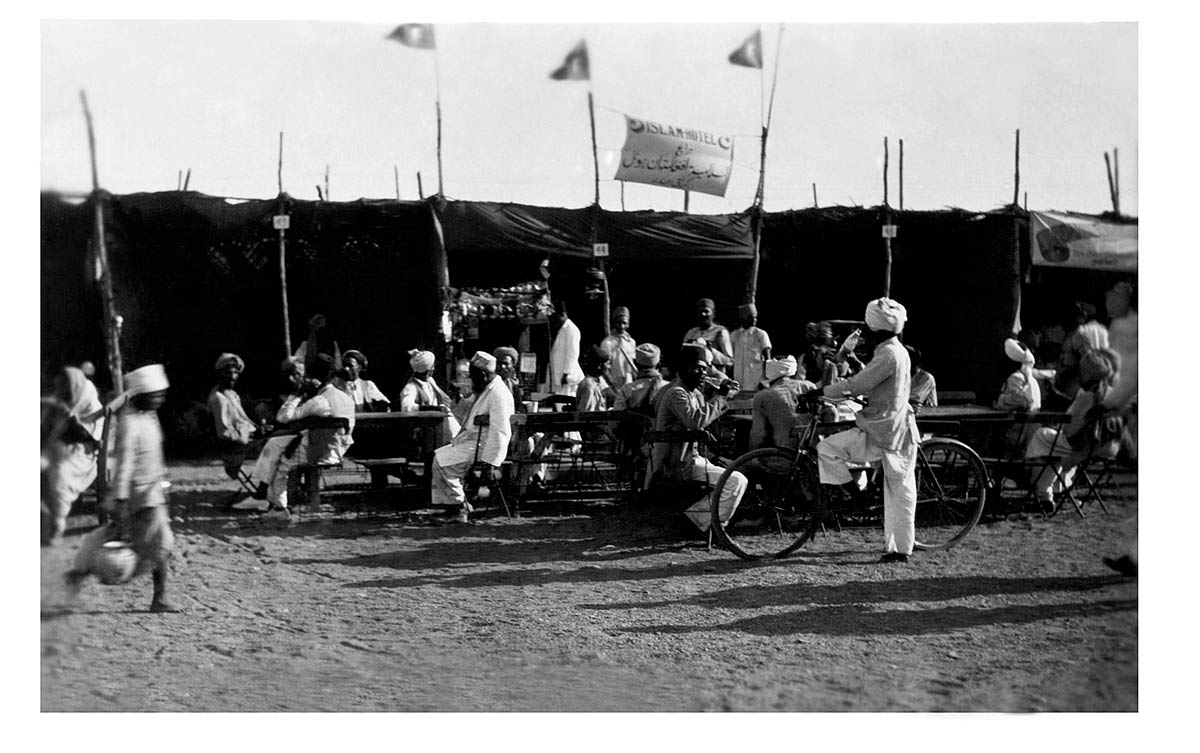 Native Cafe in the Camp

Jankidas, a Karachi photographer and major postcard publisher, worked largely for British troops in the cantonment area, where he had his studio and was known as "Johnny." Nonetheless, he also turns out to have been a photographer of the Independence movement. This card is from a rare set of 10 postcards he offered of the annual Congress Party meeting held in Karachi in March 1931, just after Bhagat Singh was executed. It would become the first time Congress demanded complete Independence from the British.

The captions on these postcards are pencilled on the back. Note the "Islam Hotel" flag with crescent and star towards the top center.