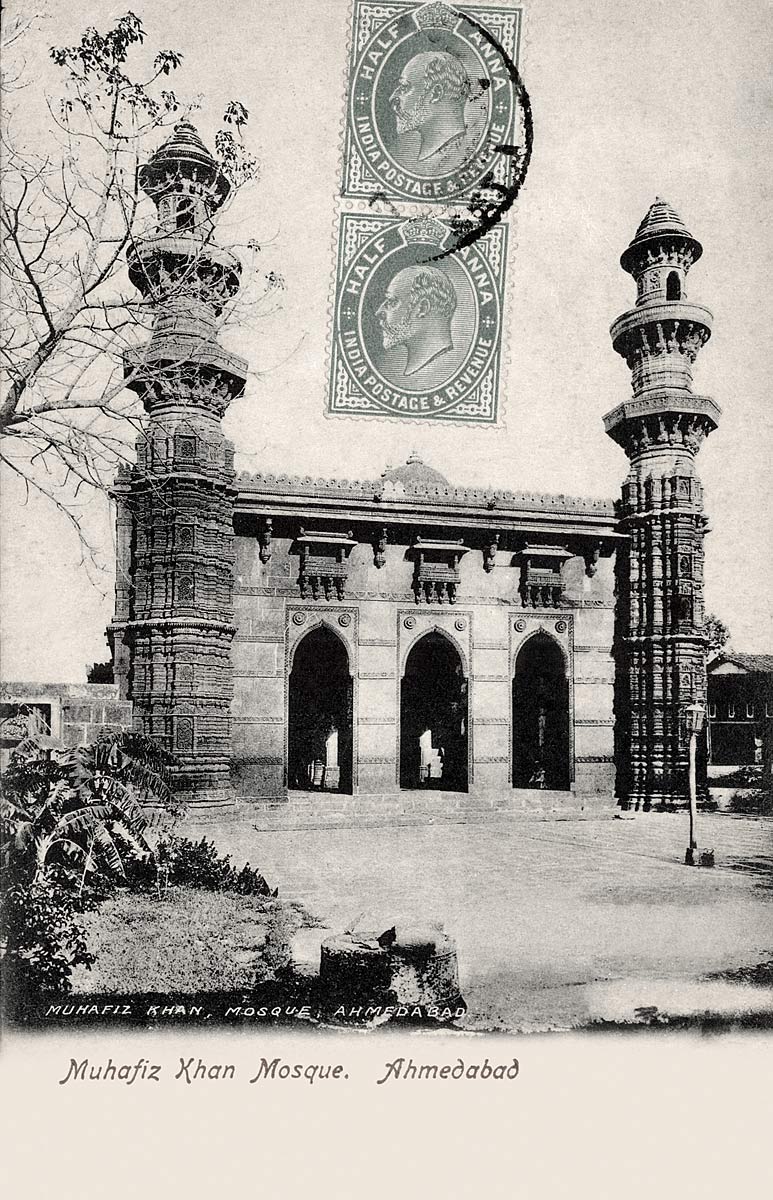 Postmarked 1912, an example how a creative sender could use stamps to add their own historical touch to a a postcard. In this case, they are even placed in line with the camera's angle on the mosque's minarets; the choice of two stamps was likely also deliberate as most postcards sent abroad used a single one anna stamp. In the language of stamp placement current in those days, a green stamp placed at an angle like this could also mean a kiss, so perhaps the sender was saying "two kisses."