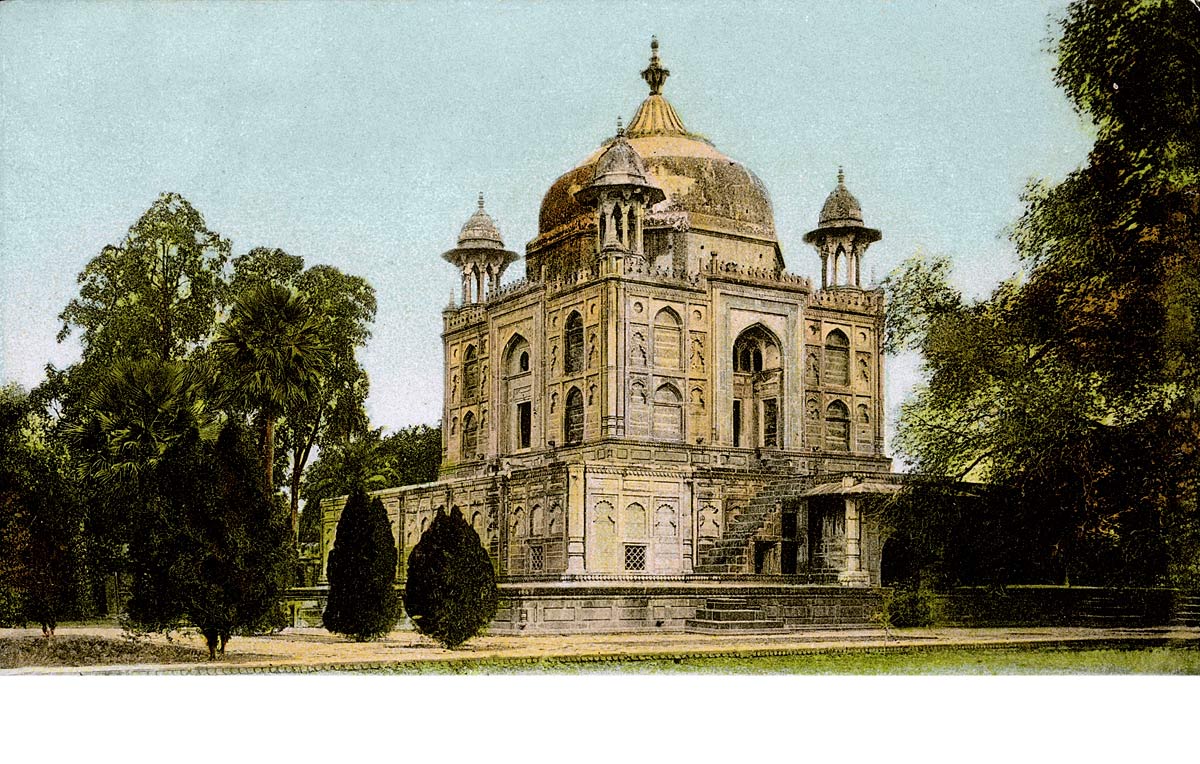 The Tomb of Khusru, the son of Mughal Emperor Jehangir. Prince Khusrau (Khusru) was favored by his father, the Mughal Emperor Jehanghir, to succeed him. However, he was defeated by Prince Khurram (who later became famous as Emperor Shah Jehan, the builder of the Taj Mahal) in a war of succession. His early 17th century mausoleum is built in traditional Mughal style, on a platform supported by a square base.