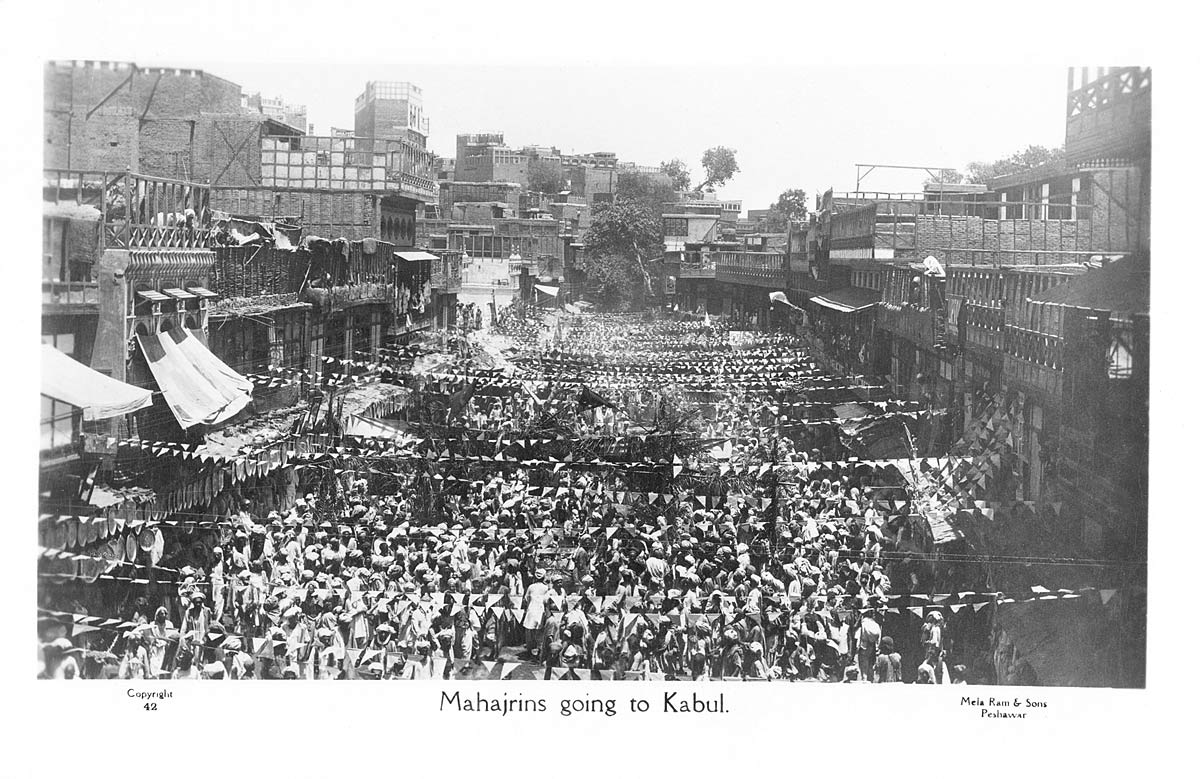 Muslims assembling for flight to Kabul during the Khilafat Movement.

This rare image, probably taken in the summer of 1920, was taken during the height of the Khilafat Movement against British rule. In the wake of Gandhi's First Non-Cooperation Movement launched in 1919, and the Khilafat Movement led by the Ali Brothers that also demanded immediate freedom from British occupation, a number of Muslims in the Frontier province decided that they could no longer live under colonial rule. Under the leadership of Khan Abdul Ghaffar Khan (known the "Frontier Gandhi"), the Haji of Turangzai and others, they gathered in Peshawar for a move to Afghanistan.

As it turned out, the thousands of refugees from British India who descended on the Kingdom of Afghanistan put tremendous strain on the infrastructure and hospitality of the Afghans; most returned in disappointment over the next year or two. Many played important roles in the Independence struggle which finally led to freedom from Britain in 1947.

Many years later, a British boys publication, Chums Annual 1934-35, used the same image and called it The Peshawar Bazaar. Tribesmen gather together in search of bargains.