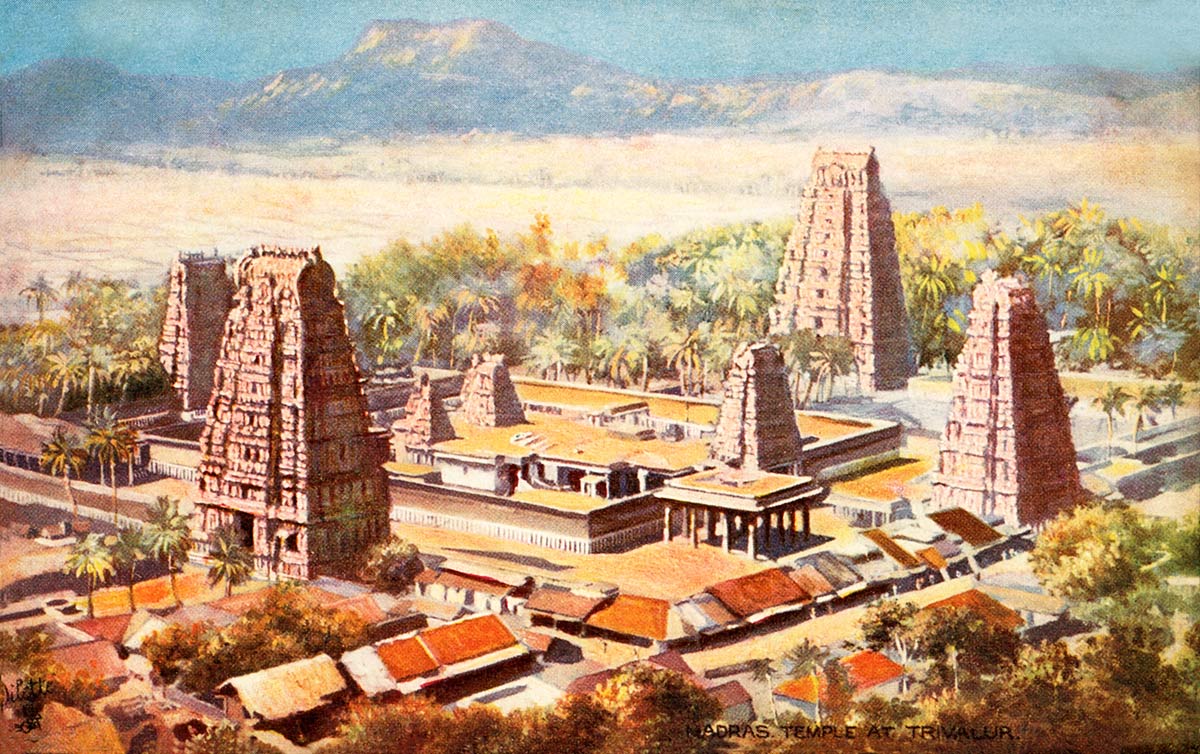 [Original caption] Madras, Temple at Trivalur. There are temples at Trivalur, not only a temple: and the chief of them is a double shrine sacred to Siva and Parbati, his wife (Durga is a gentler form). There are two courts, the outer being 940 feet by 701 feet with several important shrines in it. The gateways are imposing at first, but they curiously decrease in size and dignity as they approach the central shrine. Trivalur is almost 29 miles from Madras. [end]