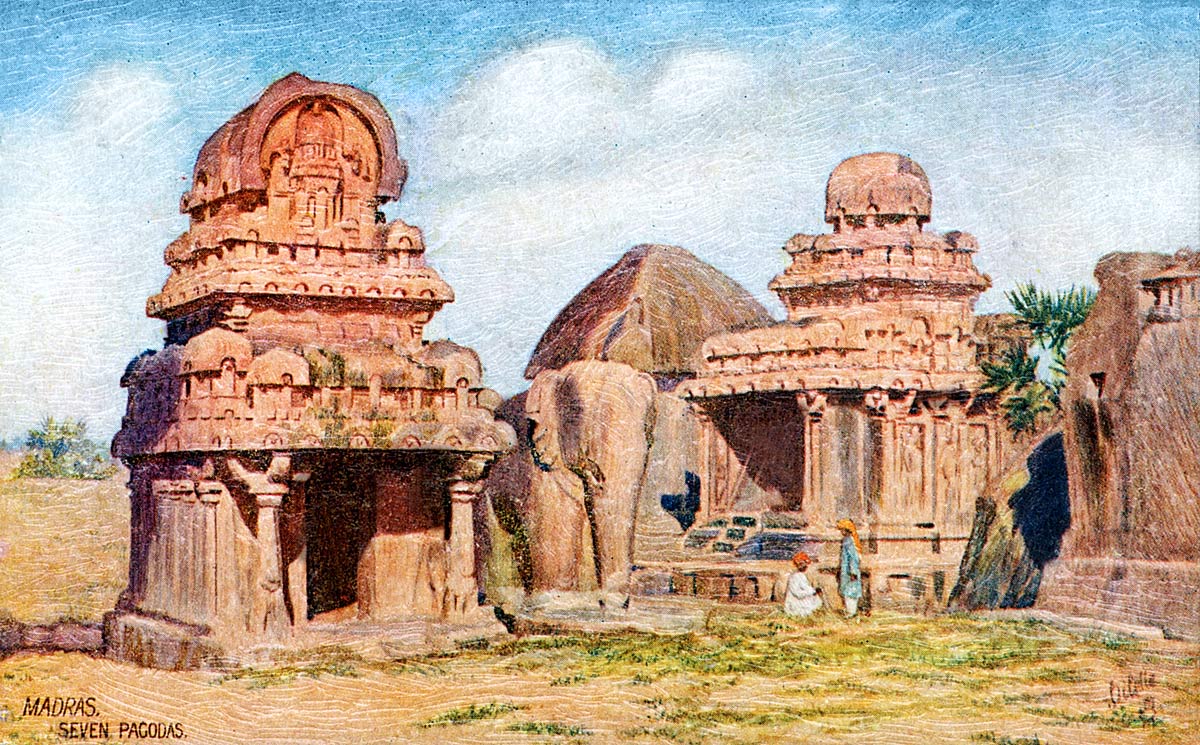 While we now believe that the temples date to the Pallava King Narasimharavan around 630 CE, much about their origins remains obscure. This is an embossed postcard, with the relief lines meant to simulate an old oil painting.

[Original caption] Seven Pagodas. Among the oldest remains in Southern India are these rock temples 35 miles from Madras believed to date back at least 1,300 years. Carved out of hardest granite they show no signs of decay. The people who made them must have been numerous and powerful, for their works are gigantic. Yet there is no city near which they could have inhabited, and from whose ruins we might get some trace of their history. [end]