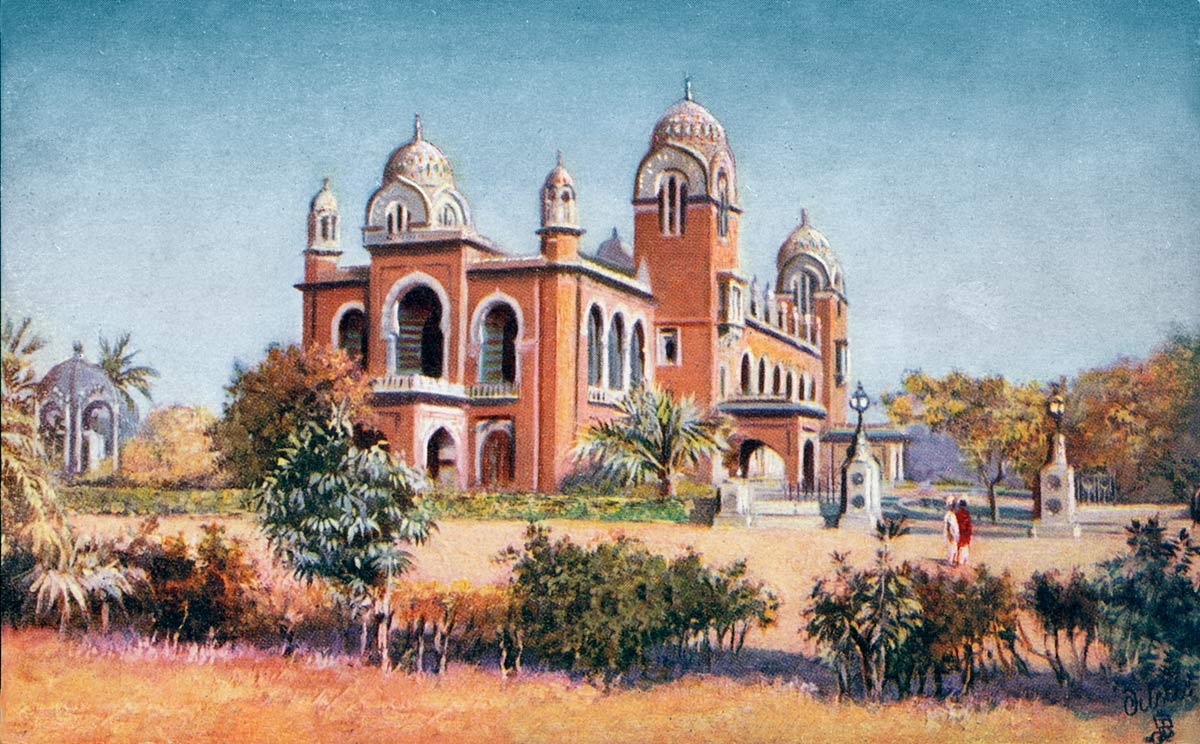 [Original caption] Madras, Senate House. This handsome building, designed by Mr. Chisholm, was begun in 1874 and completed in 1879, at a cost of nearly three hundred thousand rupees. Near its southern entrance, and facing the Chepauk Palace, stands the Jubilee statue of Queen Victoria, a replica of Boehm's statue at Windsor. This was unveiled since June 20, 1887, and was presented to the city by the Rajah of Vizagapatam. [end]

The Senate House at the university in Chennai still stands, was recently restored and is part of the University of Madras.