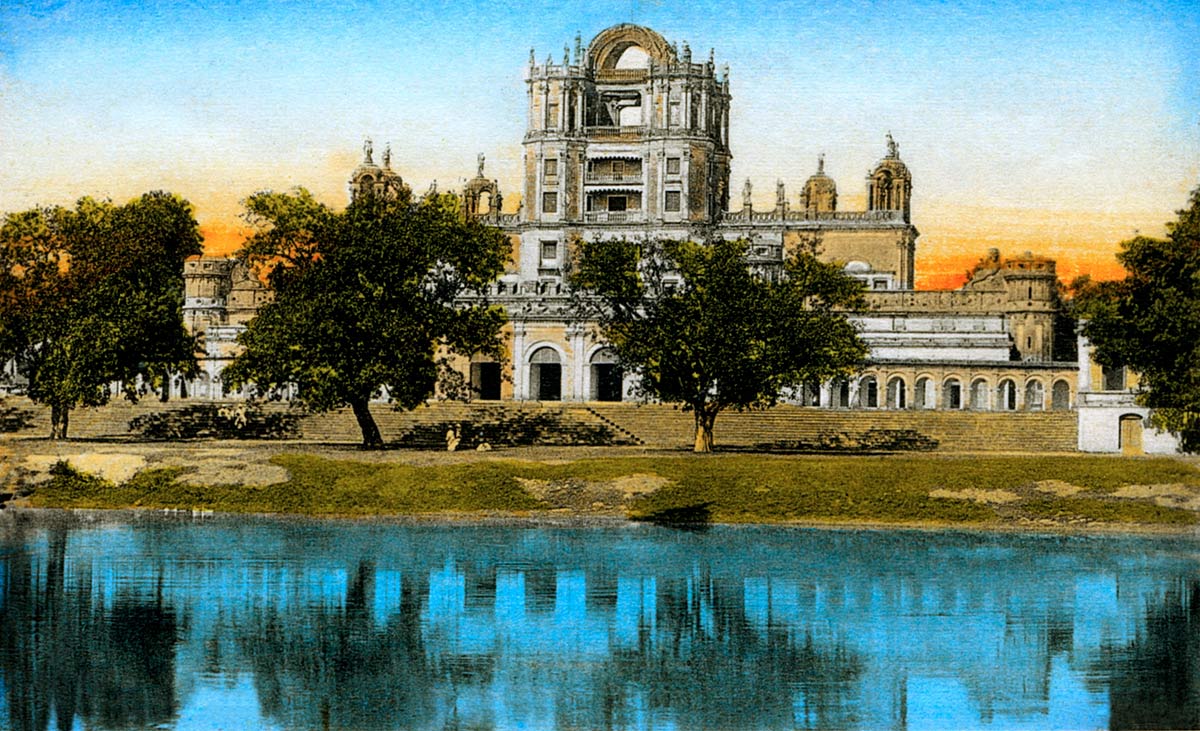 La Martiniere College initially consisted of a splendid eighteenth century residence, to which other structures have been added over the years. Located on Dilkusha Road of Lucknow, it was built by the Major-General Claude Martin in 1845. This unique, French-styled building was one of the most photographed edifices around the mid-19th century in India and also a popular postcard view. To prevent any of the Awadhi rulers he had served from taking it from him after his death, Martin had himself buried in the building, making it also a tomb.