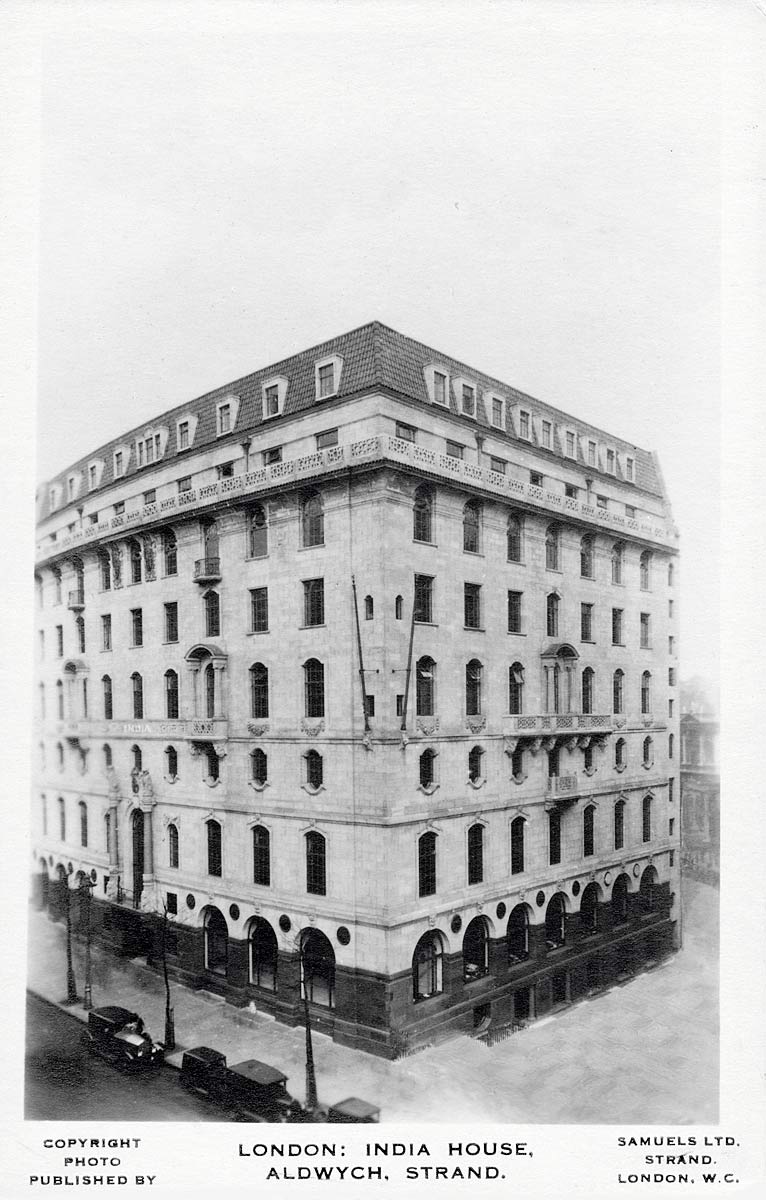 India House in London, with "1931" pencilled in on the back, so made soon after the building was inaugurated in July 1930. Now the High Commission for India, it was consciously planned in the 1920s as a way for the Indian Government, though still under colonial rule, to start managing those affairs that fell outside the direct governance of India by the Indian Office.