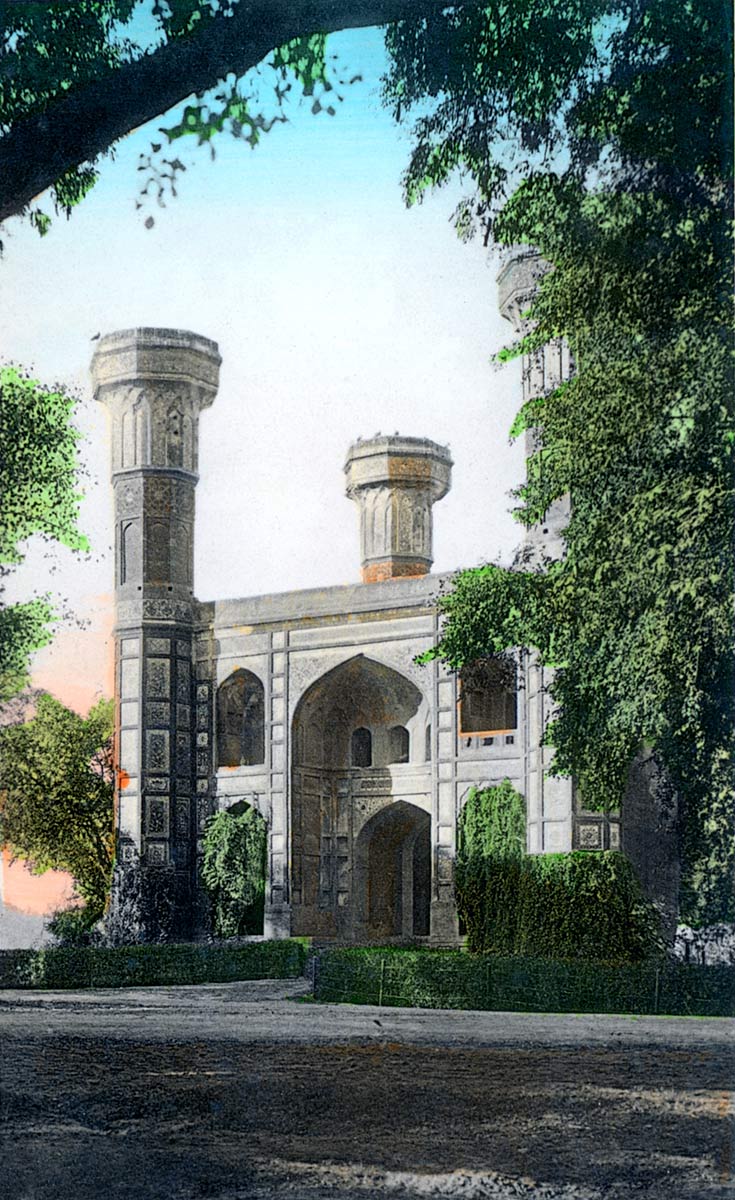 The Chaburji gateway is the entrance to a lost Mughal garden. Apparently built around the 1640s, its construction is linked to the Mughal Emperor Akbar's daughter, Zebunnissa Begum. Only three of the four (Char) towers remained in the mid-19th century. It was partially restored in the 1880s, and, surrounded by a meta-city today, remains a melancholy reminder of the past.