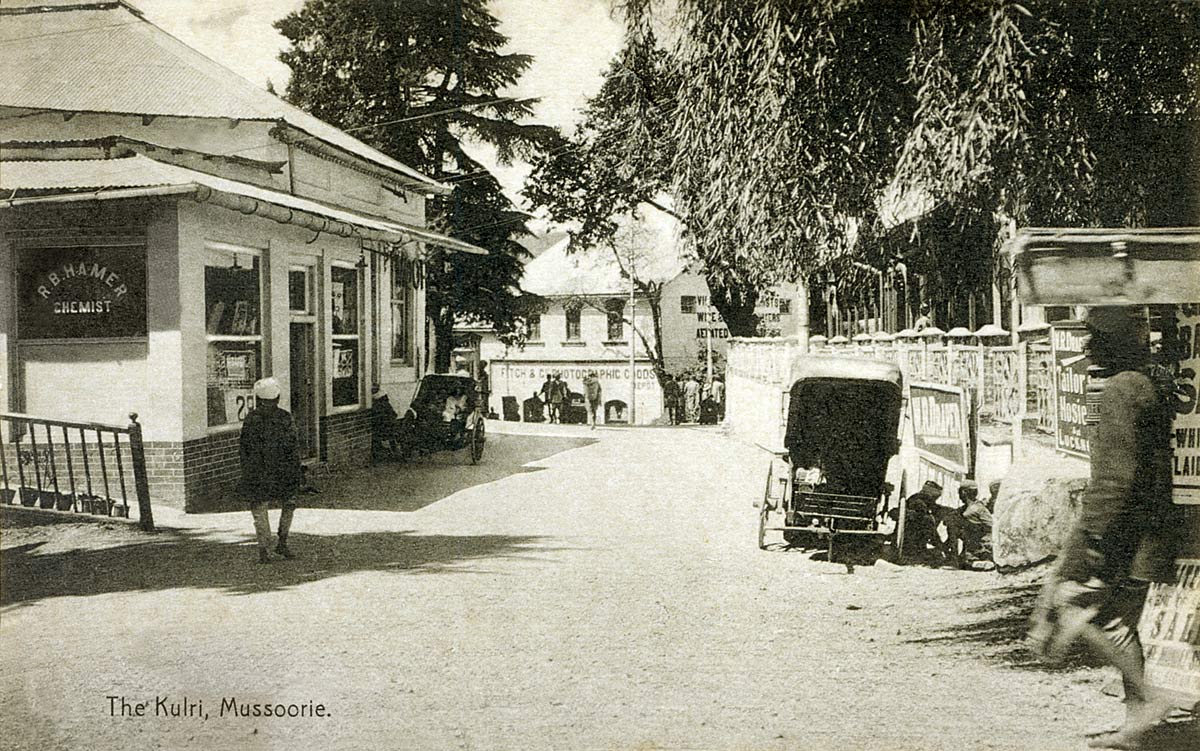 Clifton's later postcards, especially his candid photographs in the bazaars of Mussoorie, are among his most interesting. There is a blur to man on the right, suggesting this came from a longer-exposure albumen photograph. In this card of the hillstation's major bazaar, we can read the names of stores including a possible competitor Fitch & Co., a photographic goods dealer at the end of the road. More than most other cards, these ones seem to make the viewer aware that they are fixing a moment.