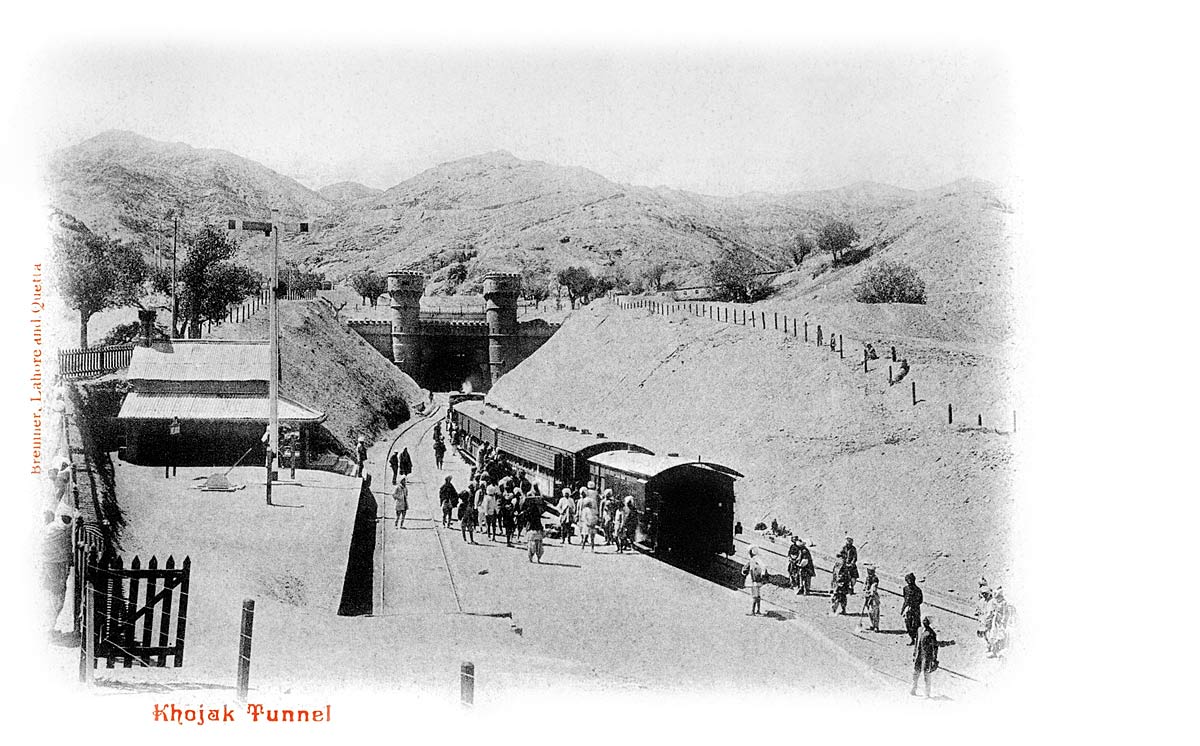 Engineering feats were a common theme on early postcards, particularly those which also had an "imperial" or conquest sub-text. especially in the western part of the Raj like Balochistan. The original photograph of the Khojak Tunnel was probably taken by Bremner on inauguration day in 1892. It shows the entrance to the tunnel that exits just before the Afghan border at Chaman. The gun slits reminds us of what a violent intrusion into the landscape and culture the railway line actually was. The fortified tunnel is almost 2.5 miles in length and passes through the mountains in Bolan Railway. Apparently, as the two halves of the tunnel, each bored from one side, were coming together, the fit was not perfect and adjustments had to be made beneath the hill. Khojak station was informally named Shelabagh, or “Shela’s garden” after a dancer who caught the workers’ fancy. As far as is known, she did not make it on to a postcard.