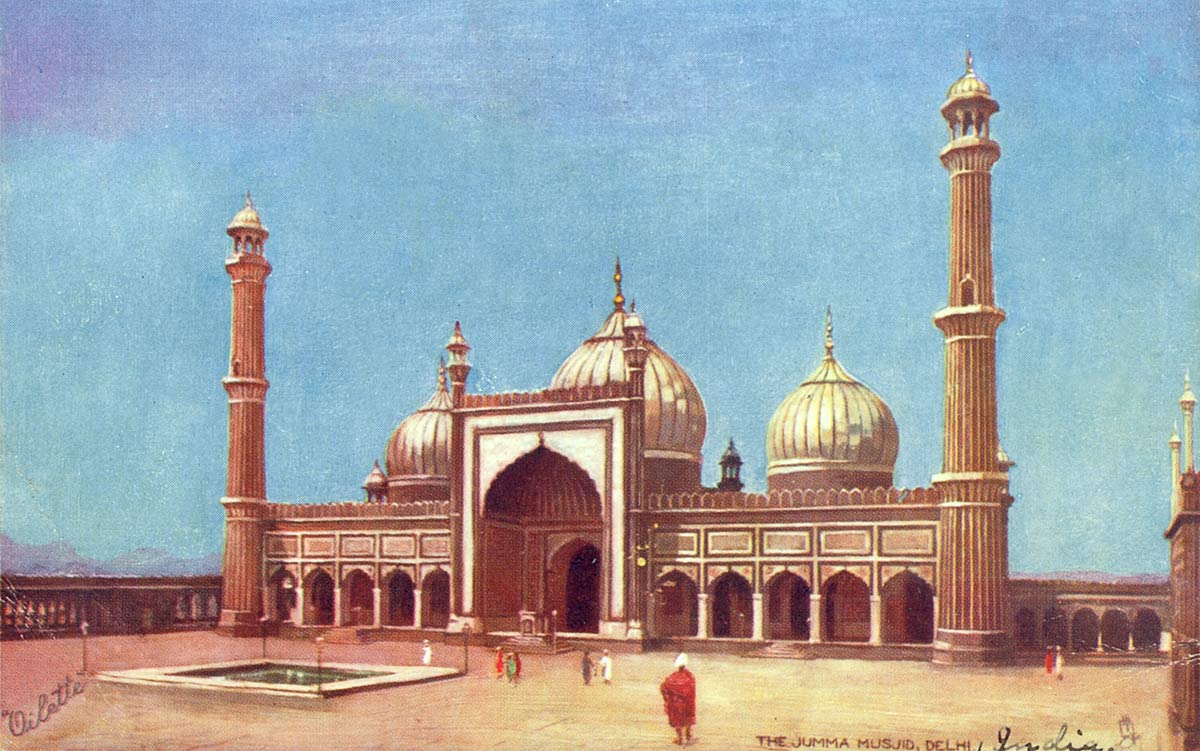 The main Friday mosque in Mughal and contemporary Delhi.

[Original caption] The Jumma Masjid."In 1857, after the Mutiny, it was solemnly proposed to raze to the ground the Jumma Masjid at Delhi, the noblest ceremonial mosque in the world, and it was only spared at the instance of Sir John Lawrence." Speech by Lord Curzon, 7th February, 1900. [end]