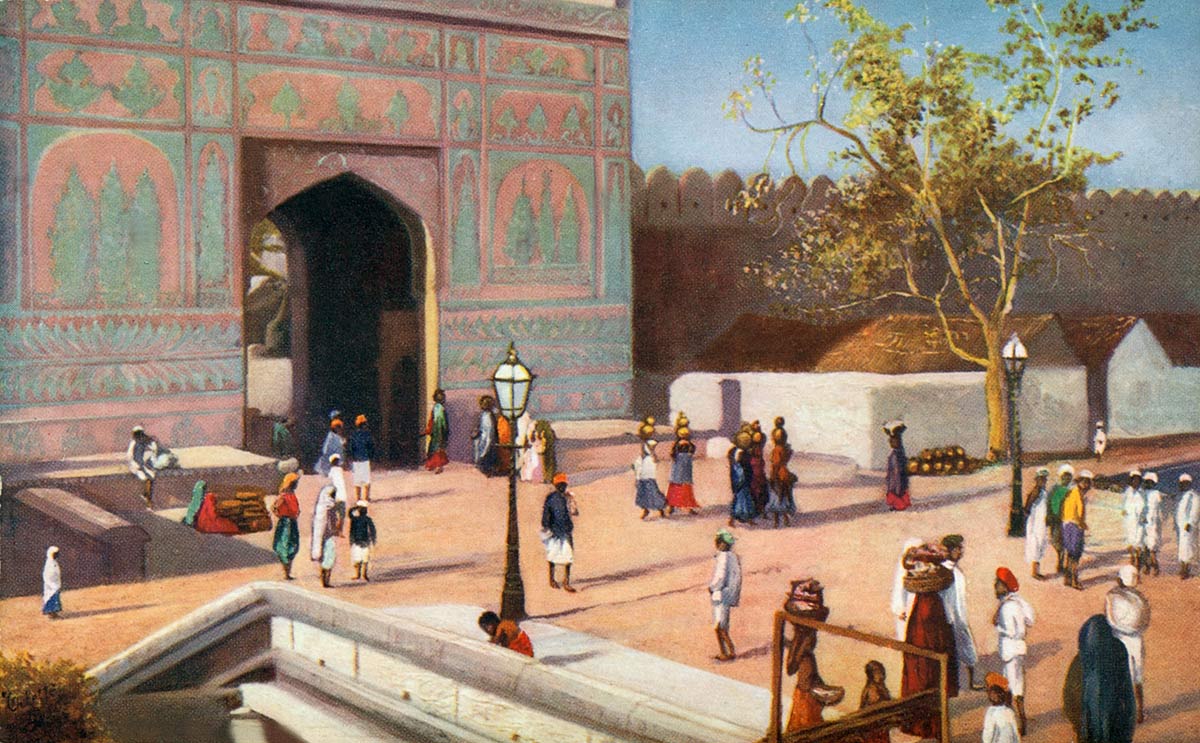 [Original caption] City Gate. Jeypore , the capital of the protected native state of the same name in Rajputana, is a walled city, entered by a picturesque gateway. The Maharajah's palace is in the centre of the city, which also possesses a museum, a college, a school of art, a mint and many other important institutions. [end]

From the very first Tuck series on Jaipur.