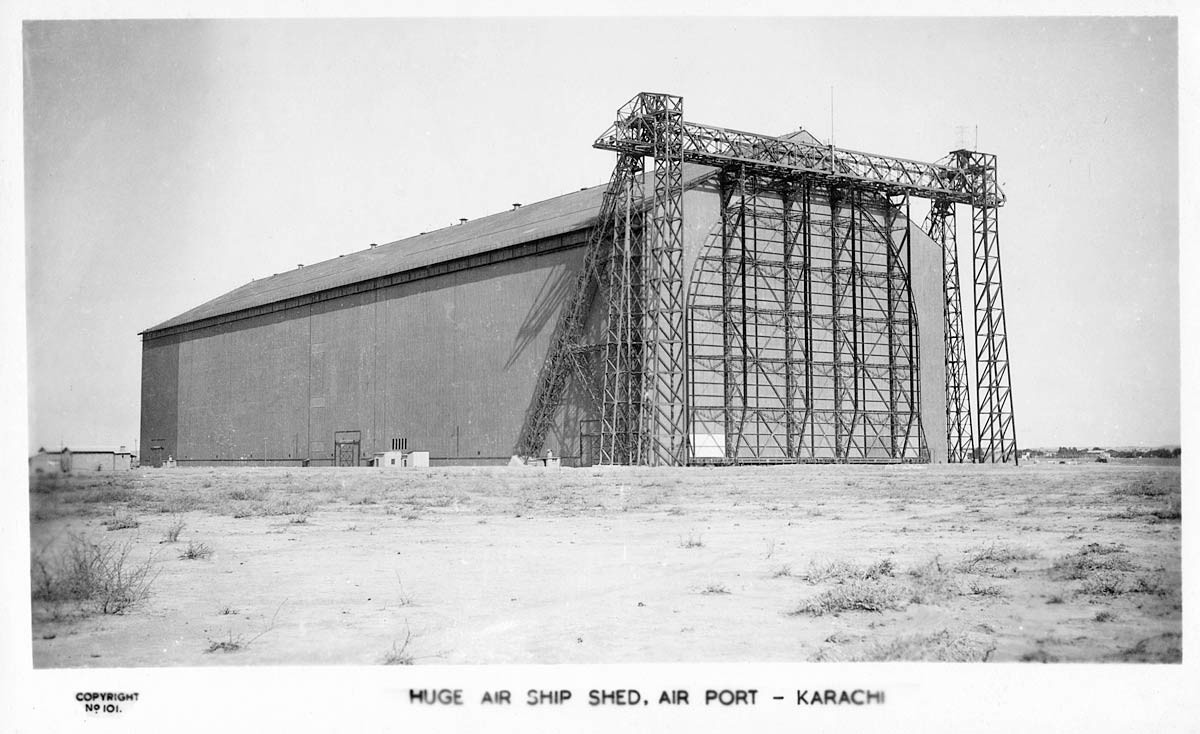 Known locally as the "Kala Chapra" or "Black Shed," this enormous structure constructed in the late 1920s was considered one of the largest structures in the British Empire. It was meant to service the German Zeppelins, fueled by hydrogen, that were in vogue at the time, and Karachi was the westernmost station for British India. It was 850 feet long and about 180 feet high and wide. Unfortunately, one of the first flights from Britain to Karachi crashed in 1930, and in 1952 this structure was taken down and the steel used for scrap.