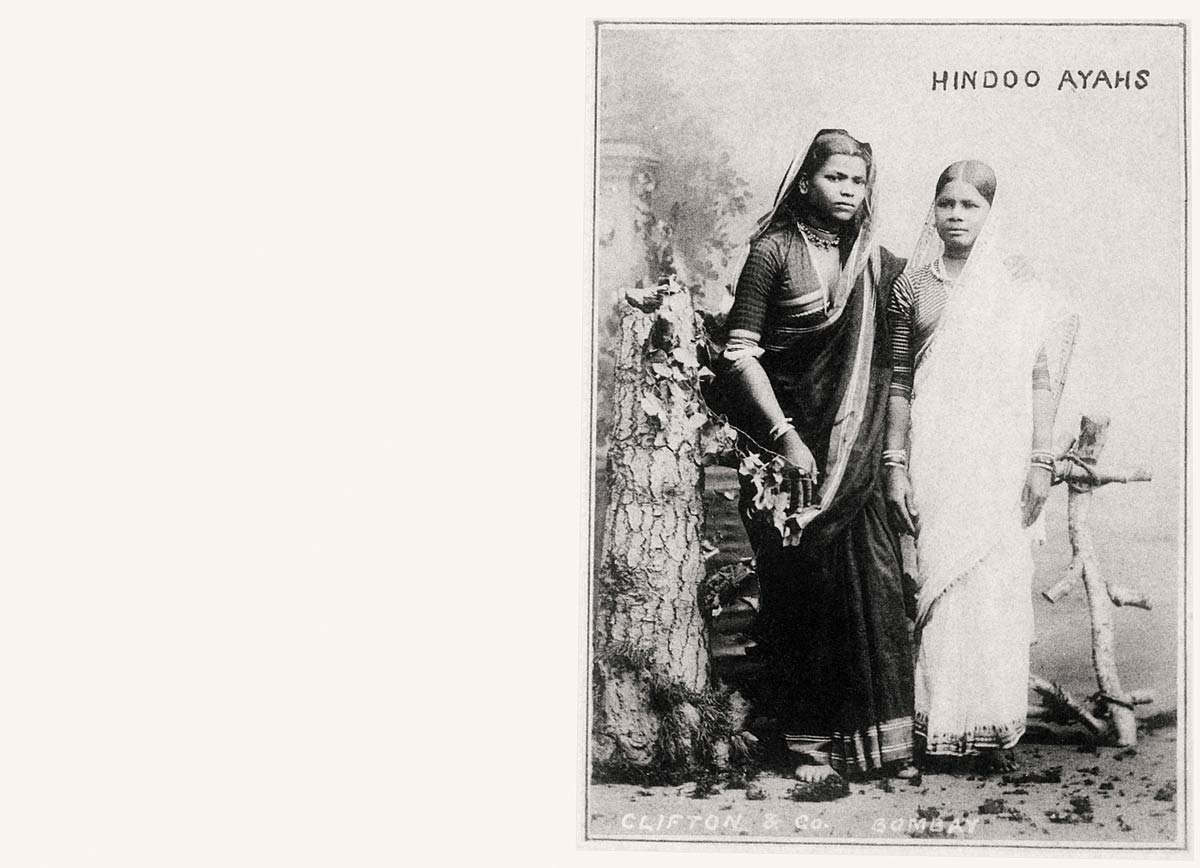 An early court-sized card made from an albumen photograph with the studio inscribed in the glass negative at the bottom.

Hobson-Jobson defines "AYAH, s. A native lady's-maid or nurse-maid. The word has been adopted into most of the Indian vernaculars in the forms āya or āyā, but it is really Portuguese (f. aia, 'a nurse, or governess'; m. aio, 'the governor of a young noble'). [These again have been connected with L. Latin aidus, Fr. aide, 'a helper.']" (1903, p. 42). It gives examples of early usage going back to 1779, and while ayahs later became associated with the care of children, they were initially (1810) defined as "the female who attends a lady while she is dressing, etc." (p. 42).