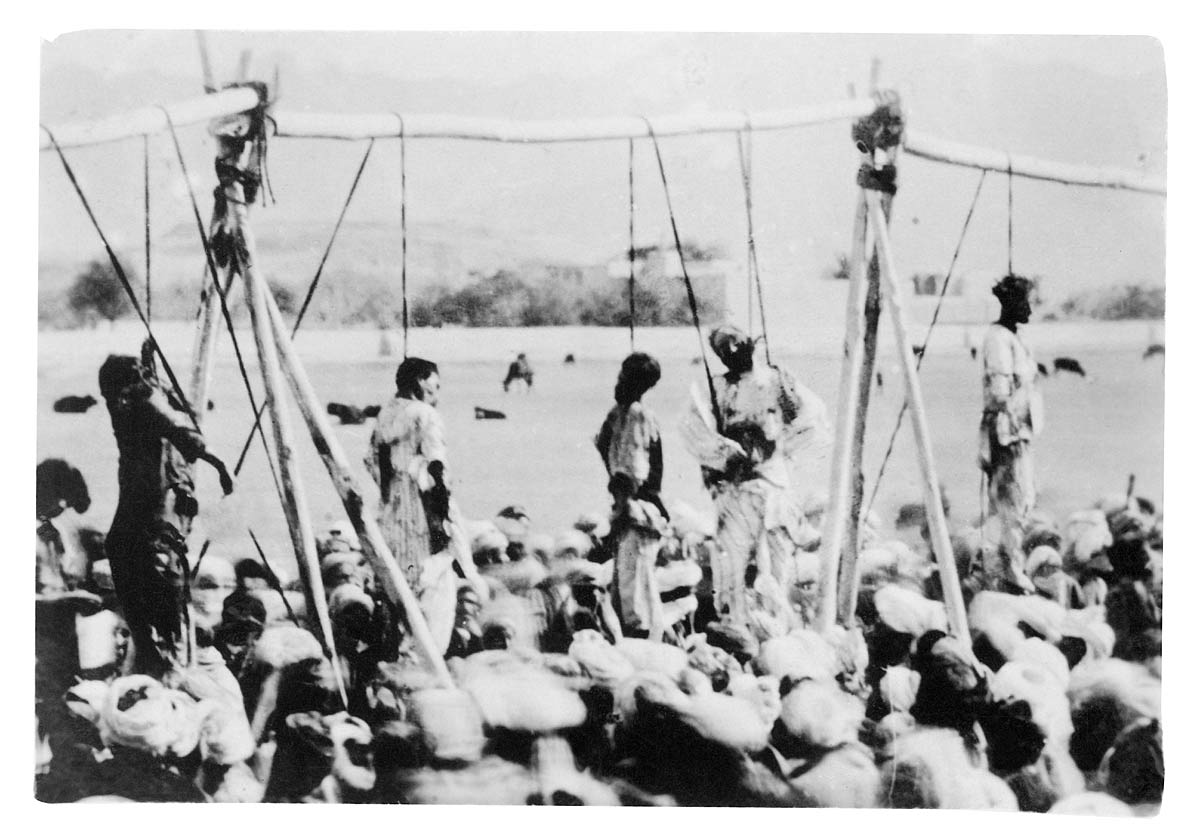 The Kiss Khani [Storyteller's] Bazaar massacre on May 4th 1930 became an all-India scandal and helped launch Gandhi's Second Non-Cooperation Movement, a serious challenge to British rule that led to long prison sentences for Gandhi and the Frontier leader, bacha Khan. A controversy since then has been whether or not retalioatory hangings were carried out by the British following the killing of a British motorcycle dispatch rider that sparked the riots and crackdown. This rare mini or half-sized postcard by P.D. Kapoor & Sons may help settle the case. At least five men dangle from the ropes. In an interview on is death bed with legendary Khudai Khitmatgar Hussain Baksh Kausar on June 1, 1990 with Paper Jewels author Omar Khan, Kausar confessed to having pulled the rider off his motorcycle, as the British claimed. He then said that he also witnessed the hangings that followed.