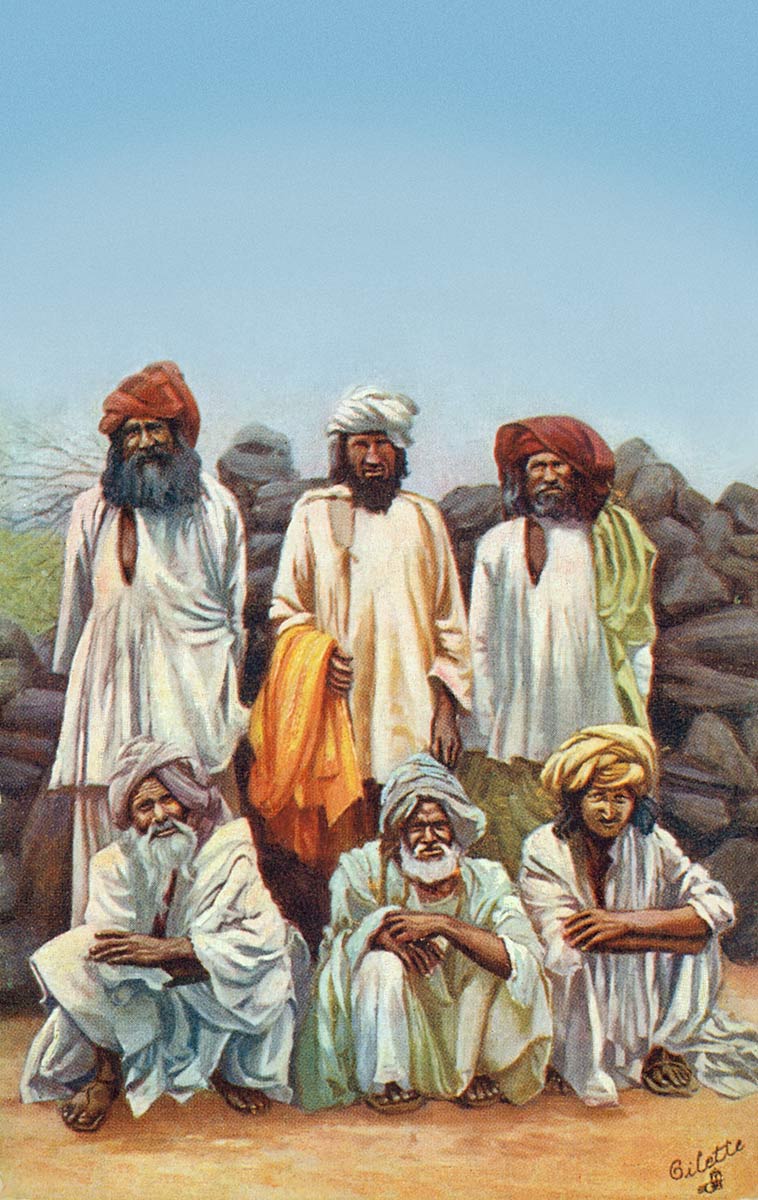 [Original caption] The Waziris are a native race inhabiting the north-west frontier of India - the province immediately next to Afghanistan. They are of a lower standard than the average Indian, being noted thieves, their main object in life being to gain possession of a rifle–either by fair means or foul, usually the latter. [end]

Postmarked Feb. 27, 1907, Agra and sent to R. Hayes, Esq., c/o Mrs. Perkins, 35 Mall, Agra: "Dear Roger Could you kindly play in our next football team against the soldiers. Sorry to hear you are sick. Young"