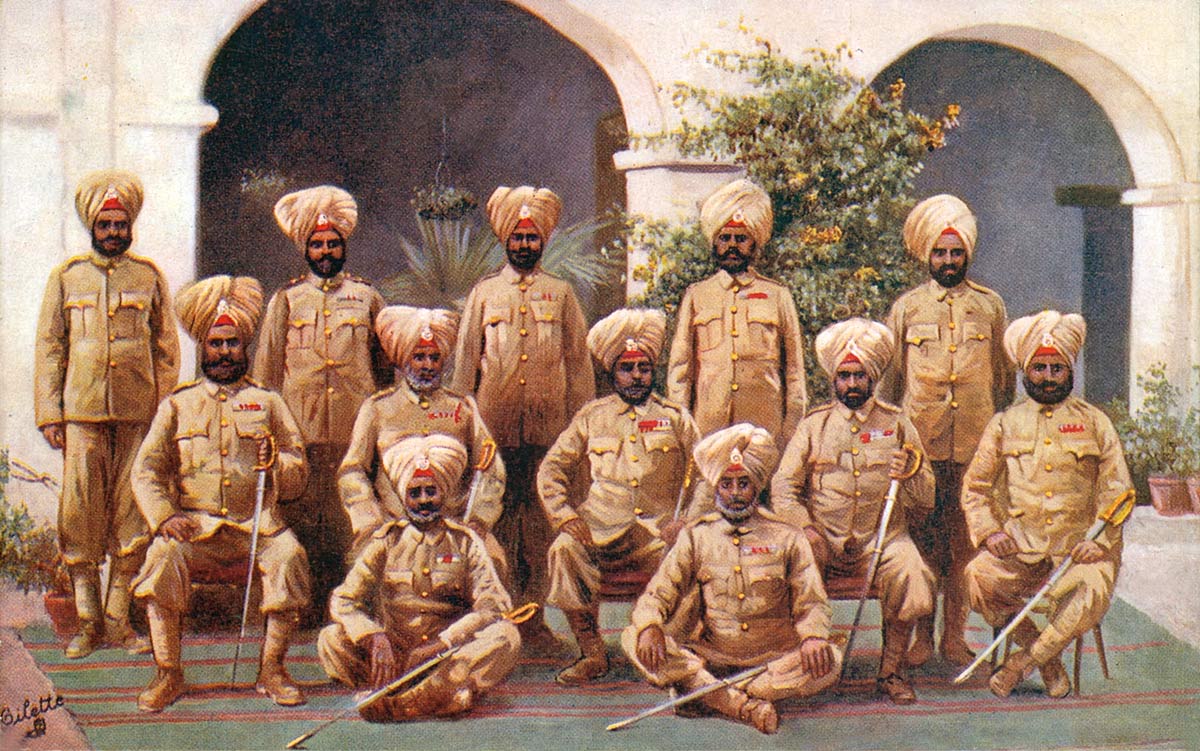 [Original caption] Sikh Native Officers. The Sikhs are a native race of religious origin inhabiting the Punjab. In the middle of the 19th century they gave the Indian Government considerable trouble, but since their final subjugation in 1849, the Sikhs have been loyal subjects of England, remaining fast to their allegiance during the Indian Mutiny of 1857. There are eight battalions in the Indian army composed solely of Sikhs. [end]