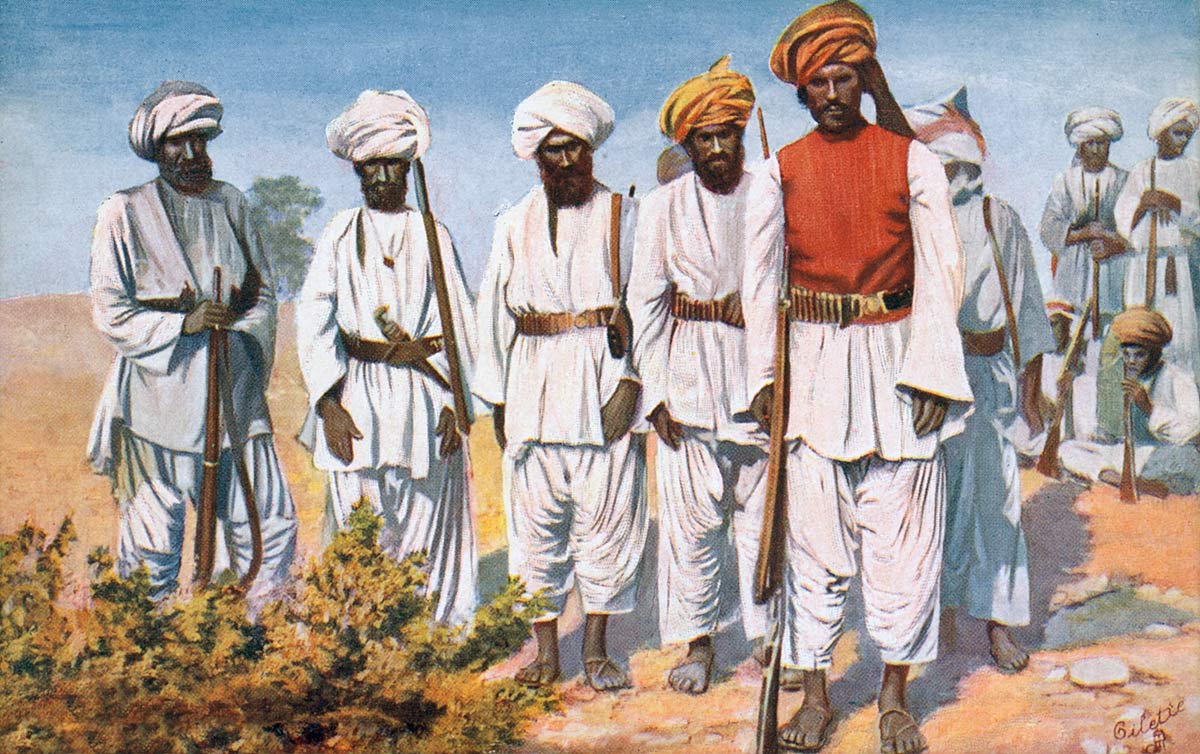 [Original caption] Baland Khels. This tribe inhabits the North-West frontier of India, close to the native state of Afghanistan, the boundary between their provinces and the Indian states being the River Kurram. They are an independently governed race although under British supervision, and are in receipt of subsidy from the Indian Government with the object of securing free passage along the border roads. [end]