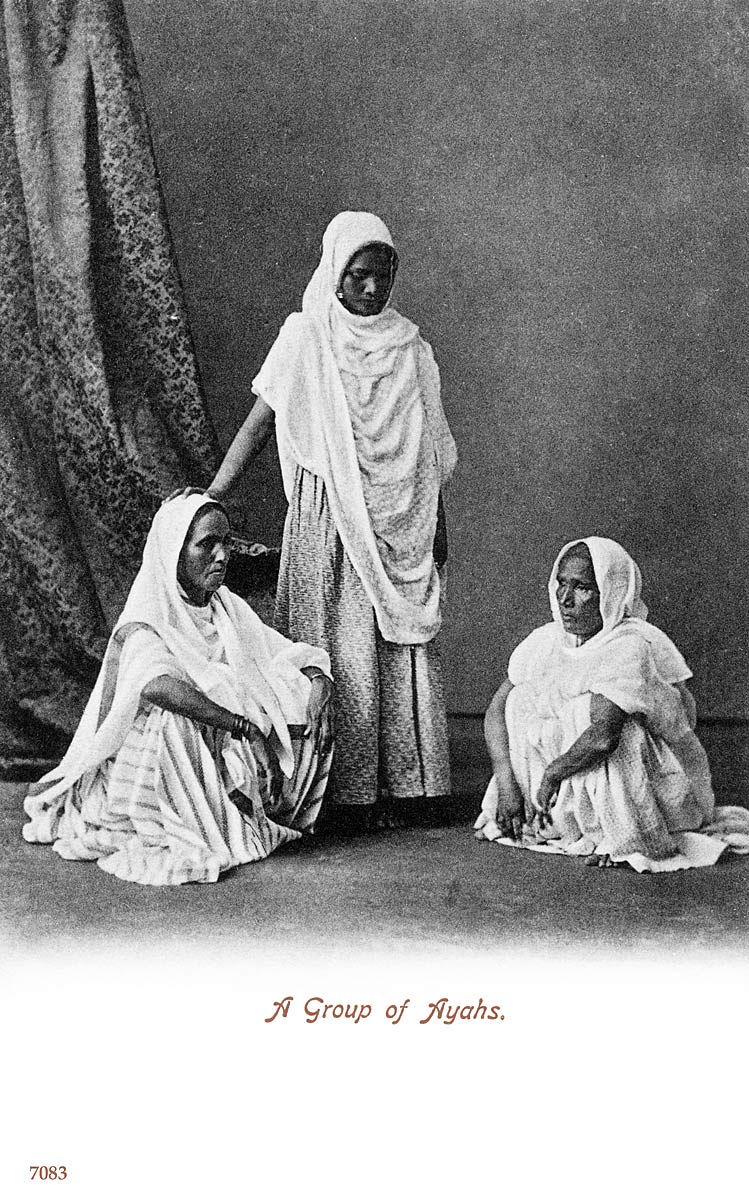 A Group of Ayahs

A very evocative studio portrait of three – instead of the usual single - ayah which, intentionally or not, hints at something of the pathos of their work. Whether it is in their expressions, the downcast look of the woman standing, the dark background, the mood seems somber.

Johnston & Hoffman, founded in 1880, was one of Kolkata's finest studios. "Their undertaking has been successful from its commencement," claimed the Alistair Macmillan's Seaports of India and Ceylon (1928), "and they began to win a reputation for high-class workmanship which has solidified and expanded with the passing of the years. No firm of photographers in India has kept more in line with every new improvement and invention for the perfection of of process and result than Messrs Johnston and Hoffmann, who operate in all the modern processes" (p. 143). The firm were also among the first in the city to publish postcards, from at least 1898 onwards, and while many did carry their name, they also published many that were not so branded but like this one have a distinct style and number that identifies them as from the firm; they also seem to have licensed images to other publishers, like Raphael Tuck & Sons.