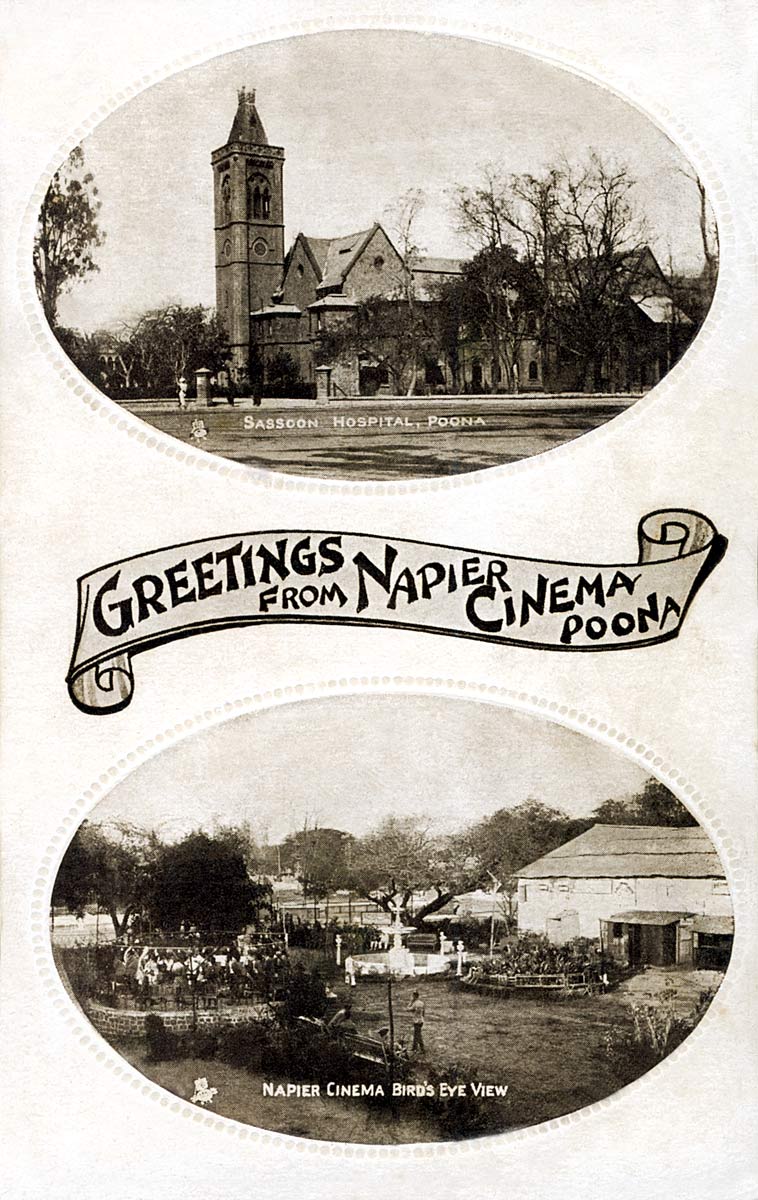 An interesting postcard from many angles. It is an early advertising card for a cinema in Pune, part of a series published by the proprietor A.C. Patel who established his cinema there in 1916 and this may well have been published as part of an early marketing campaign. It is also highlights the "Greetings from" element so integral to the concept of a postcard to the fore. Finally, it is advertised itself as a postcard in the "Double Oval Photo Greeting" format, which reflects how postcards themselves were subject to fashion and competition and had to emphasize their own newness to consumers.