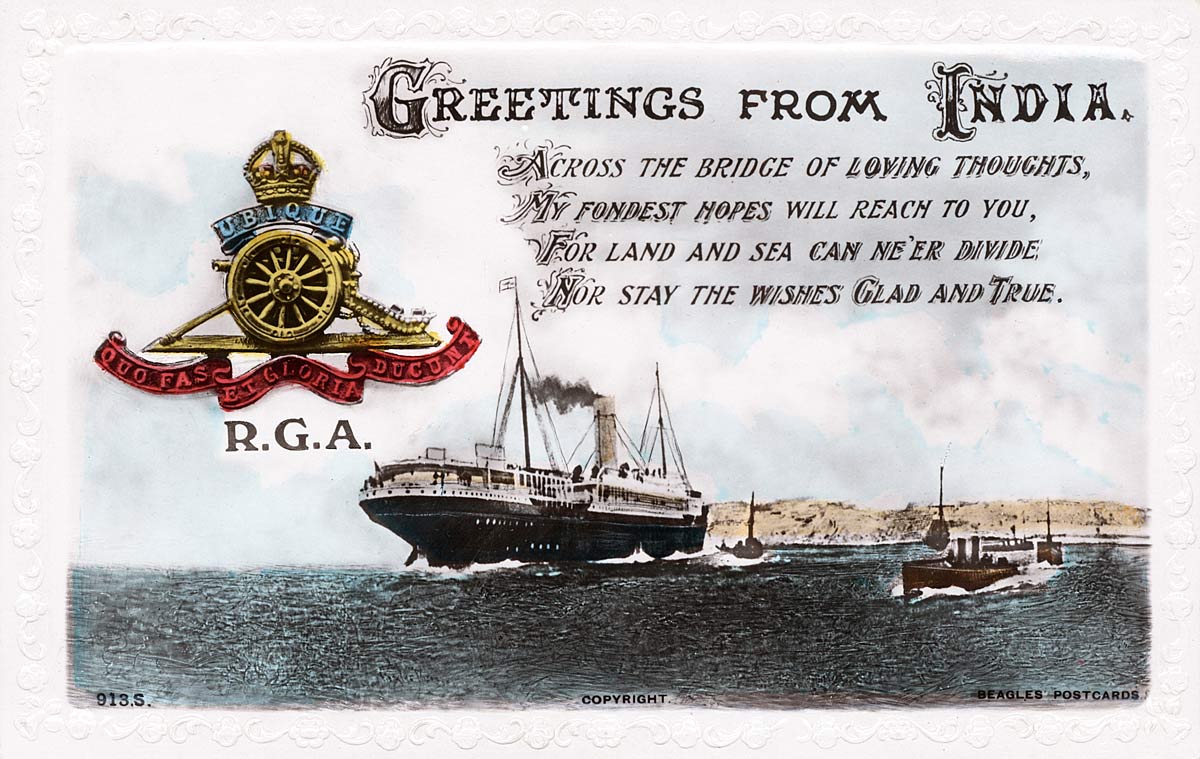 A later "Greetings from" postcard printed by premiere British publisher Beagles on behalf of a Rawalpindi-based publisher who would have sold this to British troops in cantonments like Rawalpindi, in this case members of the Royal Garrison Artillery (R.G.A.) which managed the heavy guns used for coastal defense and mountain campaigns like those fought in the Northwest Frontier Province [NWFP, now Khyber Pakhtunkhwa]. This would have been a high-end card, not the embossed frame and high-quality paper.