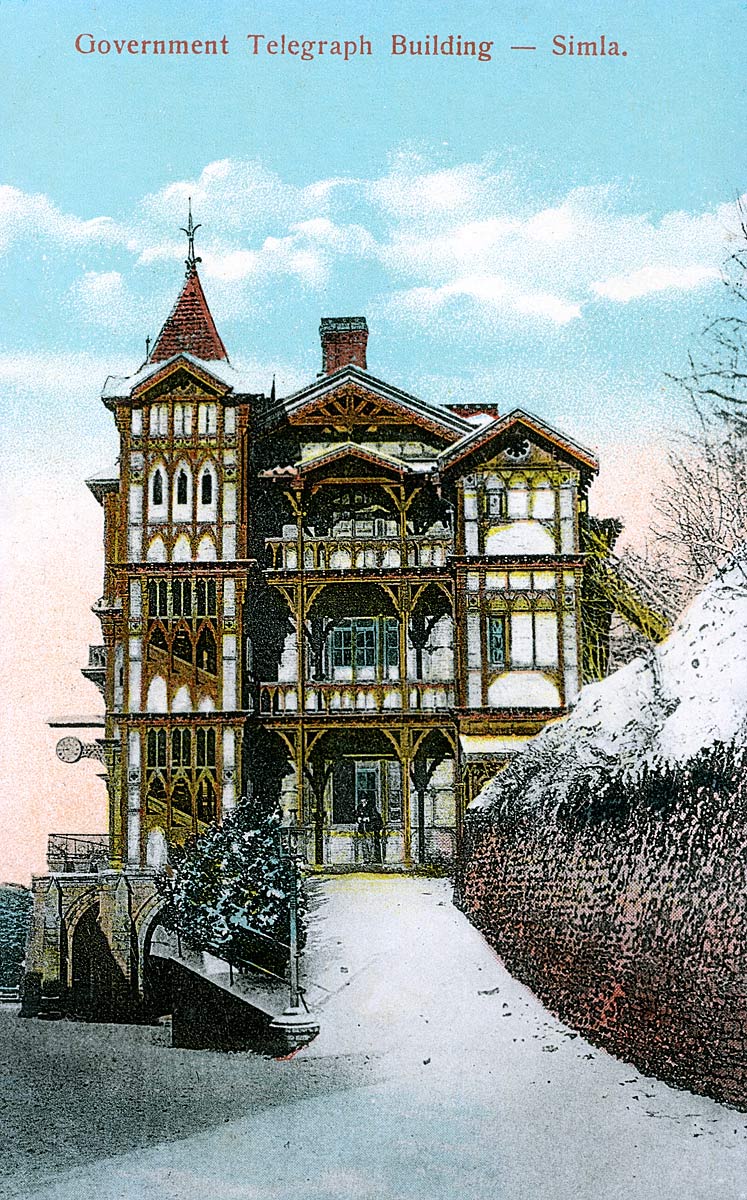 Edward Buck, Shimla's Raj chronicler wrote that "the Telegraph Office, a handsome structure which stands by close below [the Post Office], is on the site of the old station library house 'ConnyCot' which was removed to the Town Hall in 1886" (Simla Past and Present, 1904, p. 72). The telegraph was first used in India in 1850, and telegraph offices were often featured on postcards, and served as markers of modernism symbolizing instant connectedness, much like we might look at an Internet service provider today had they also offices in the center of town. Indeed, these modern forms of communication have replaced the telegraph, which was shut down as a service in India in 2006.