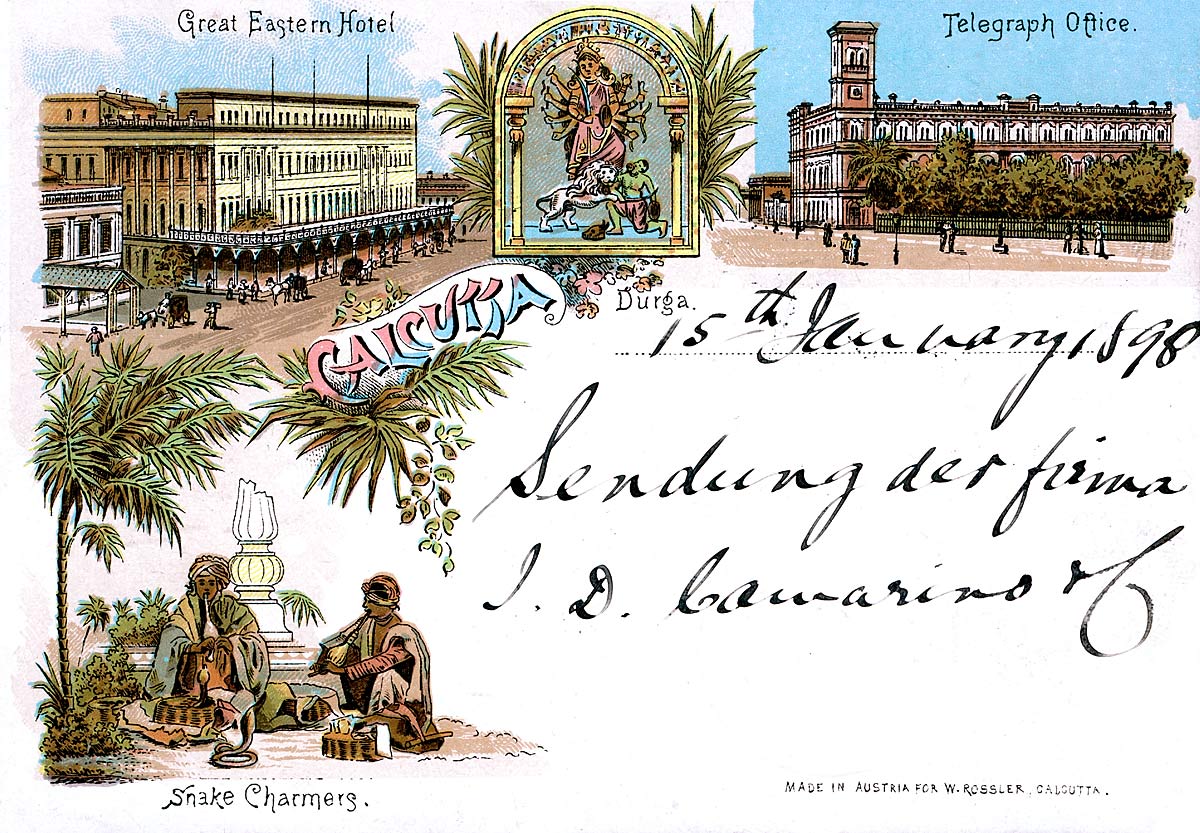 A card from the earliest known series of Calcutta postcards by the Austrian photographer W. Roessler whose photographs are likely the source of the four images on the postcard. Note how beautifully the word "Calcutta" is drawn and woven into the vegetation framing the image, the bend in th tree that guides the eye.

The card itself was sent from Calcutta in 1898 to "Carl Canforl [sp?}, Architect, II Kaiser Josefstrasse 27, Wien [Vienna] Austria" and the message describes it as a commercial missive from the firm J.D. Camarinorf in Kolkata. Early postcards, that is pre-1900 postcards from India, seem to have been most often sent to Central European countries like Austria, Germany, France, and Hungary, whereas postcards sent to addresses in Britain really started being sent in large amounts after 1900 which corresponds well with the fact that the postcard revolution took longer to take off there.