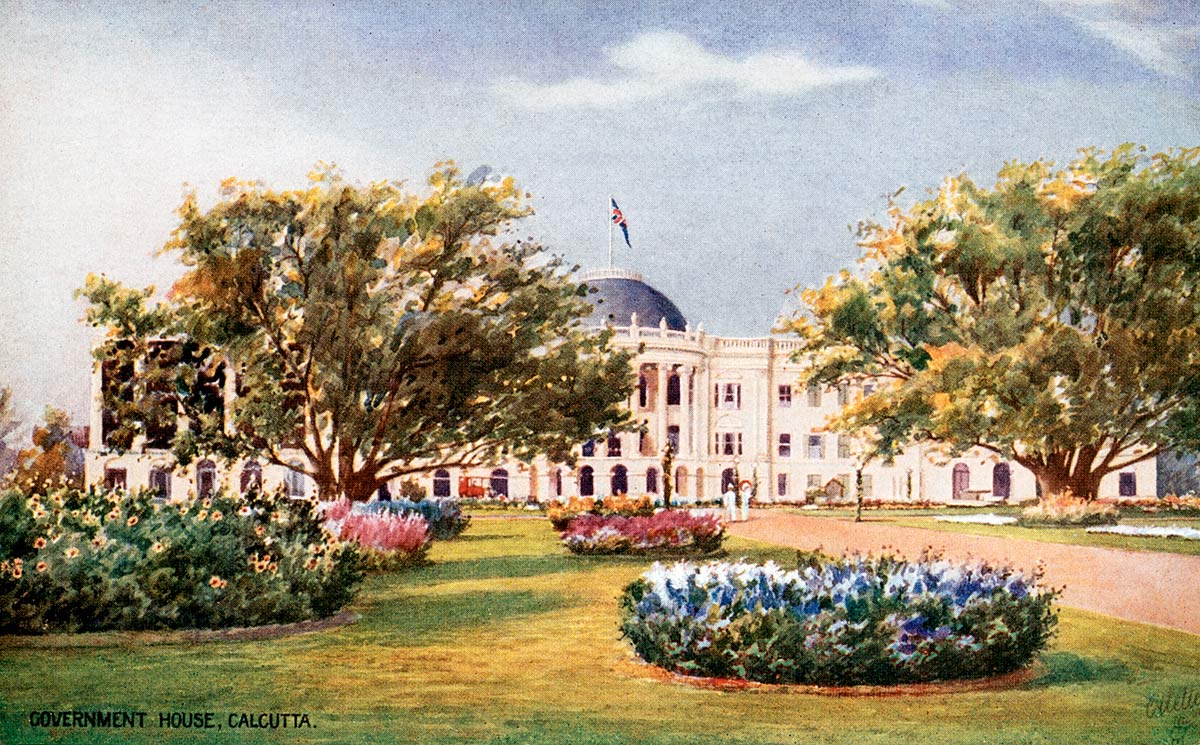 [Original caption] Government House - Calcutta has been called a City of palaces: Government House is the Palace of the Viceroy. It was built by Lord Wellesley in 1799 and is a fine pile, situated in grounds covering six acres and based on the design of Kedleston Hall in Derbyshire, one of the Adam buildings. It has four wings and a fine dome. [end]