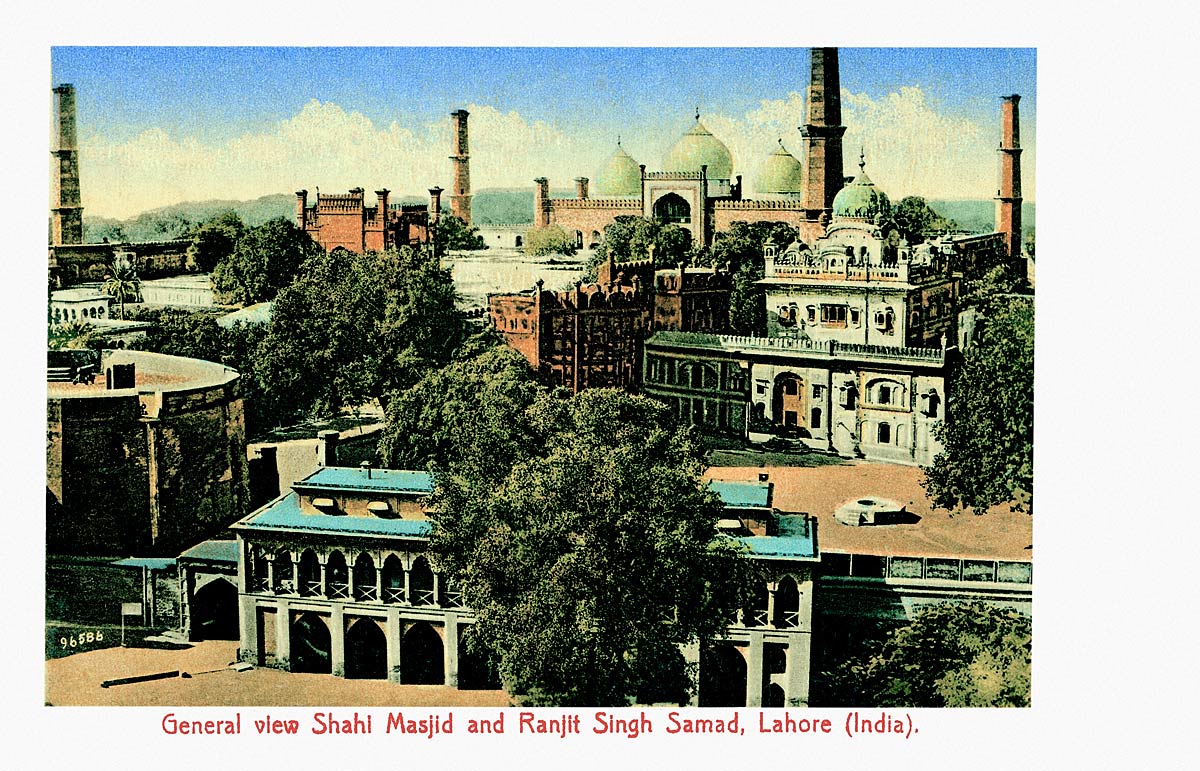 The dominant presence in the city when the British took control of Lahore 1848 was not the Mughals, but the Sikhs. A five hundred-year-old religion combining Hinduism and Islam, with Punjabi founding Gurus, at its height during the reign of Maharajah Ranjit Singh (1780-1839), the Sikh Empire stretched from Afghanistan to Kashmir and was governed from Lahore. After Ranjit Singh died in 1839, the realm quickly fell victim to intrigue and invasion. Maharajah Ranjit Singh was buried adjacent to what was then the largest mosque in the world, as seen above.