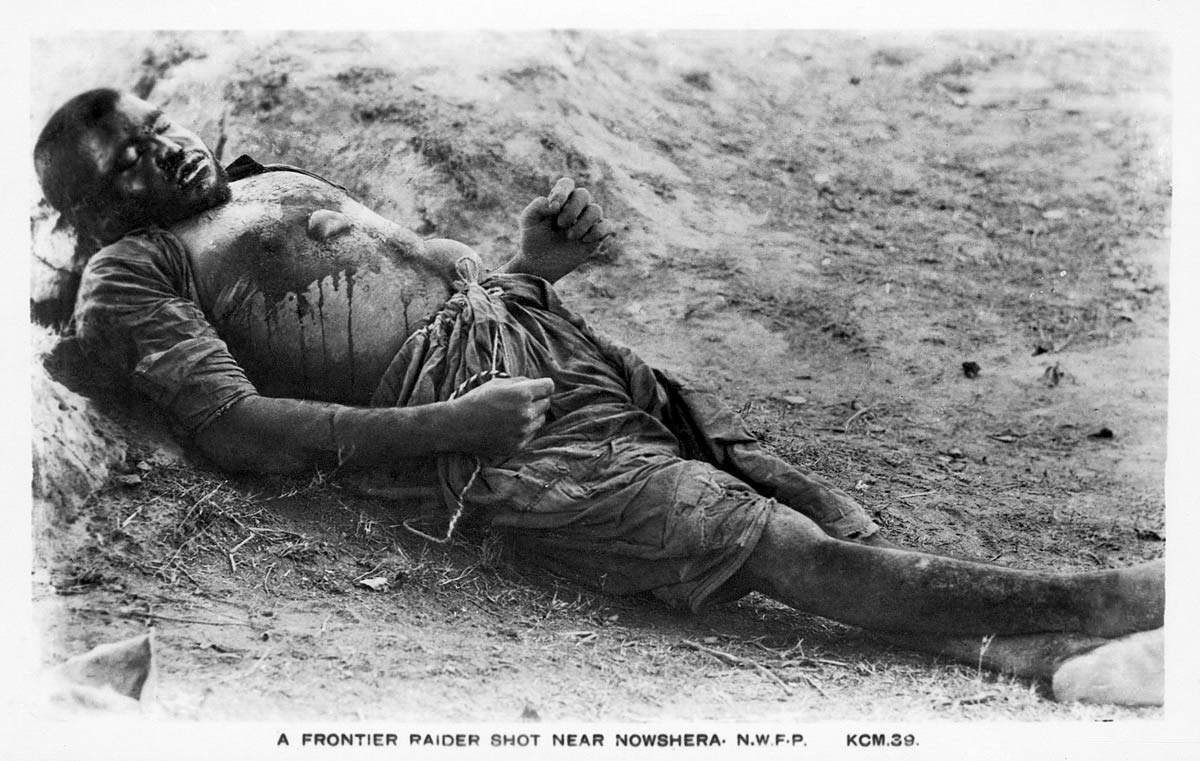 This kind of postcard, showing the corpses of "raiders" who were said to have come to settled and cantonment areas in search of loot and were often also called "loosewalas" are found only in significant numbers in what was the former North West Frontier Province (NWFP) of British India. K.C. Mehra & Sons published many of these cards, sometime also showing people killed near Rawalpindi in northern Punjab, sometimes even more disturbing than this one. They are sometimes found in postcard or other albums of British soldiers; perhaps their purpose was to show army and civilian personnel that there was protection from their fears, although it could be argued that postcards also stoked such fears. They seem particularly common in the 1920s and 1930s.