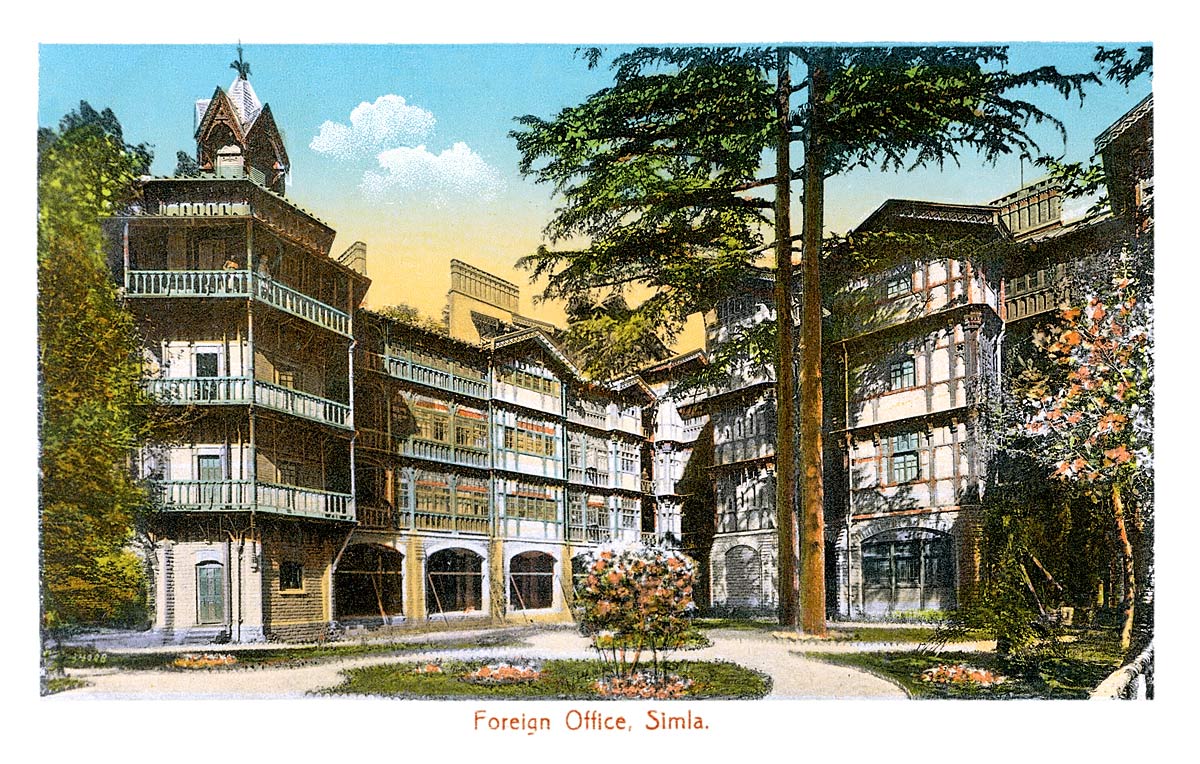 "The foreign office is a picturesque building, somewhat in the Chalet style, built in 1888. It is located near Chaura Maidan" (Gazetteer of the Simla District, 1904, p. 123). Rudyard Kipling, in his story Wressley of the Foreign Office (Plain Tales from the Hills, 1888) tried to describe what happened there: "There was a man once in the Foreign Office—a man who had grown middle-aged in the Department, and was commonly said, by irreverent juniors, to be able to repeat Atchison's Treaties and Sunnuds backwards in his sleep. What he did with his stored knowledge only the Secretary knew; and he, naturally, would not publish the news abroad. This man's name was Wressley, and it was the Shibboleth, in those days, to say—'Wressley knows more about the Central Indian States than any living man.' If you did not say this, you were considered one of mean understanding."