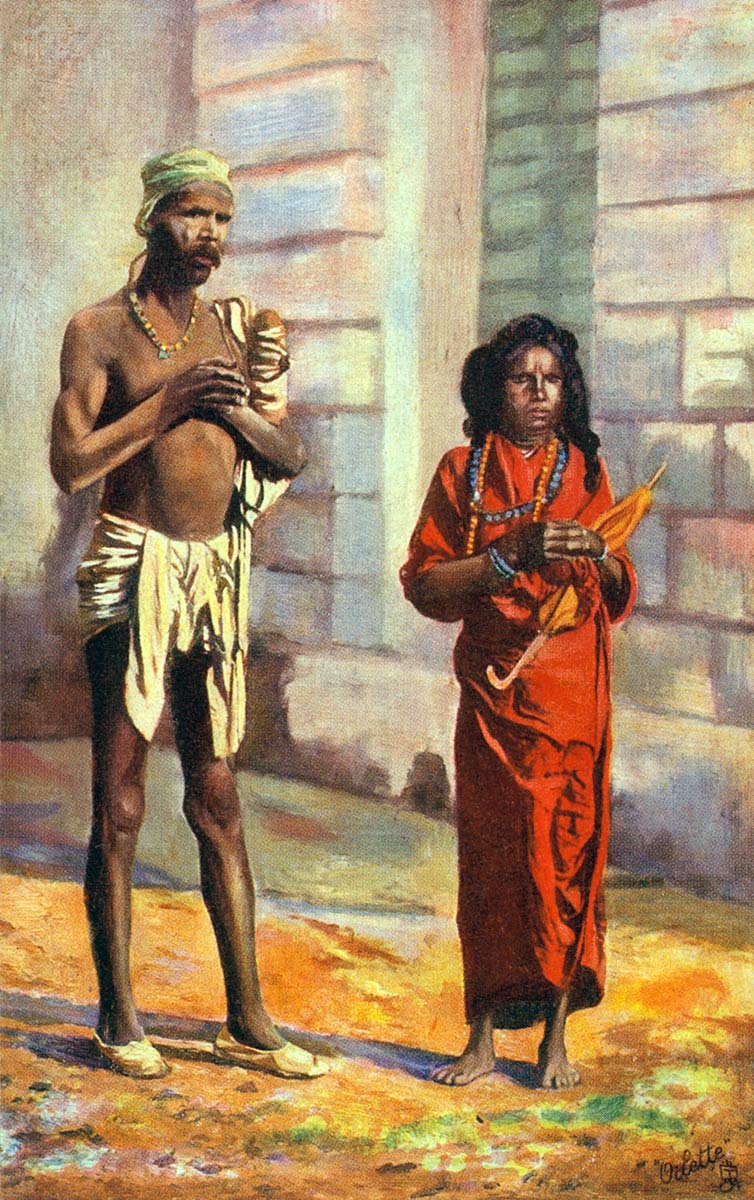 [Original caption] Fakirs. The Fakirs are a large body of religious fanatics. They go naked or in filthy rags, and partake only of the meanest food, and that without request or thanks. Their ethical code consists in the observance of truth, chastity, internal purity, constant repentance, and contemplation of Deity. In the East Indies they number over 3,000,000. [end]

Despite the demeaning caption, this is actually a touching if not unusual portrait of a male and female fakir. It was originally a photograph, and a lantern version of it shows the woman to have been much older than the person shown here.