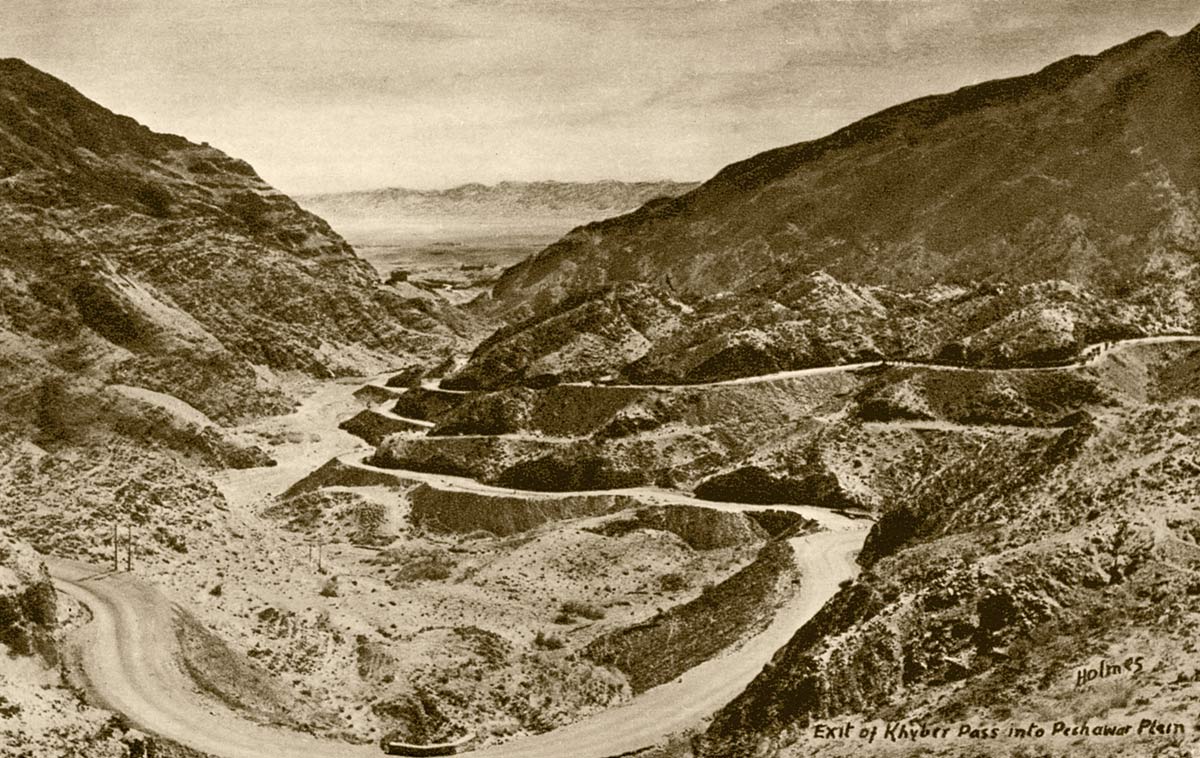 Most postcards of the Khyber Pass show the decline of the roadway towards the Afghan border at Torkham, where the Frontier of India [now Pakistan] sign stood. This one shows the reverse – the roadway's decline into the Peshawar plains, and what was the Northwest Frontier Province [NWFP] of British India [now KPK or Khyber Pakhtunkhwa]. This is the route most conquerors of India from Central Asia or Greece would have used to enter the subcontinent. Postcards like this in the 1920s and 1930s would have shown an area often off-limits to the regular photographer; after the 3rd Afghan War of 1919 the use of the camera was often restricted in this border area.