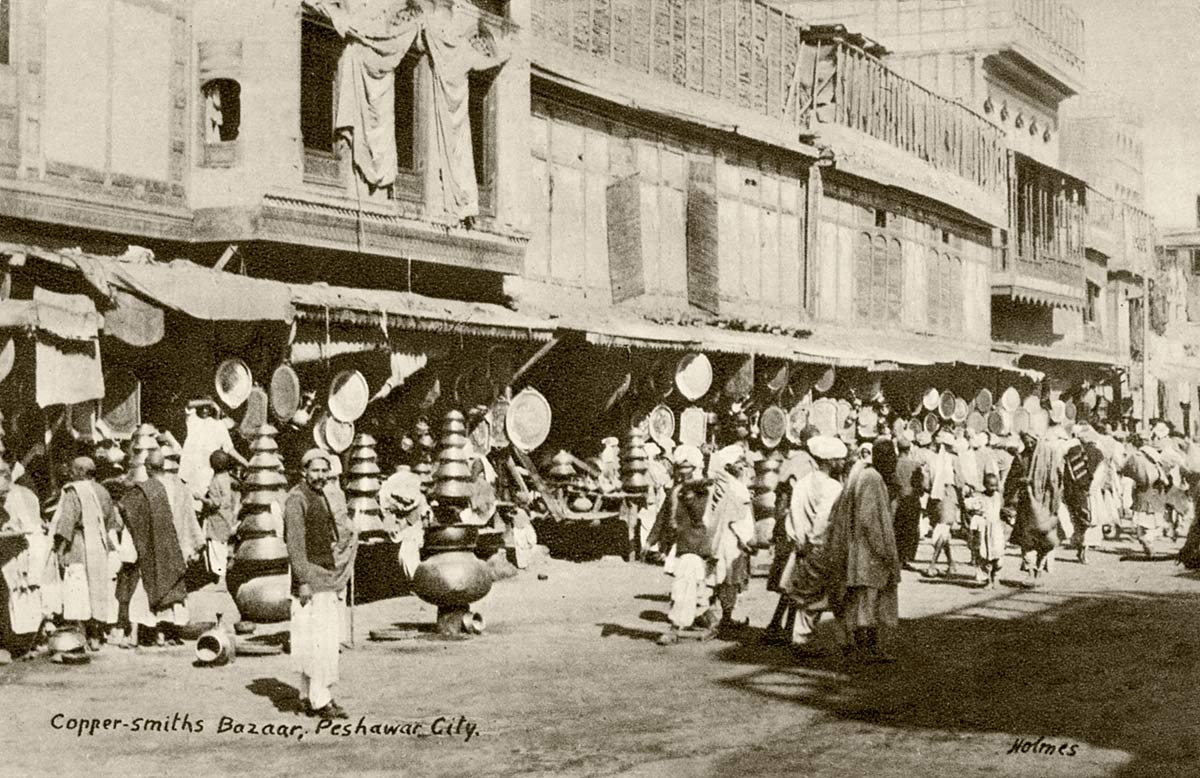 "Peshawar City was important in Graeco-Buddhist times and its coppersmiths' bazaar must have started then," wrote Randolph Holmes, proprietor of the studio which published this postcard in a later memoir, Between the Indus and Ganges Rivers. "The main street is called Kissa Kahani, or Whispering Gallery of the East, where all the news from Russian downwards has ever been relayed. In the street a noisy tapping on beaten copper assails the ear, with a gay display of trays, big and small hundies for cooking and every description of copper work. On Fridays a lively colorful crowd is mixed up with donkeys, tumtums, cars and camels jostling their way through its narrow tortuous streets and alleyways that run between uneven plastered walls held together by thin wooden frames, – all towering at dangerous angles" (1963, p. 4).