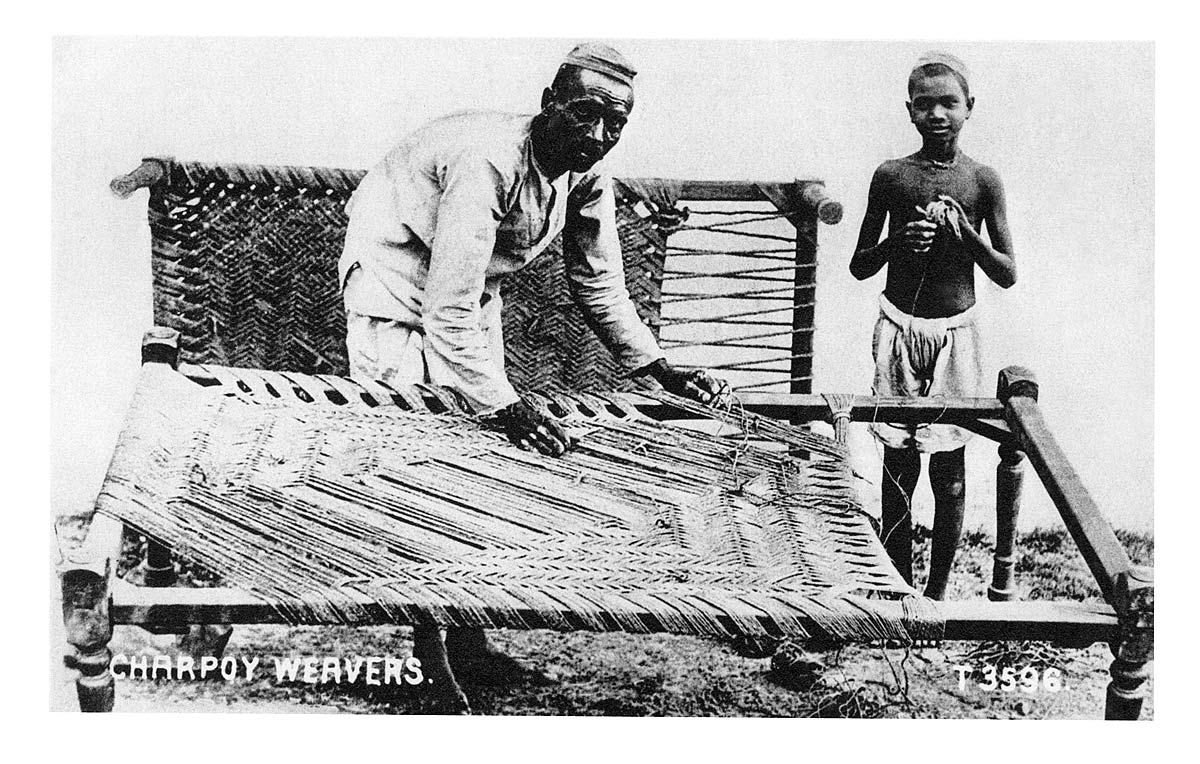 There are not that many postcards showing the charpai [charpoy], a ubiquitous feature of Indian life, defined in Hobson-Jobson (1903, p. 185) as "the common Indian bedstead, sometimes of very rude materials, but in other cases handsomely wrought and painted. It is correctly described in the quotation from Ibn Batuta. c. 1350. -- 'The beds in India are very light. A single man can carry one, and every traveller should have his own bed, which his slave carries about on his head. The bed consists of four conical legs, on which four staves are laid; between they plait a sort of ribbon of silk or cotton. When you lie on it you need nothing else to render the bed sufficiently elastic.'"