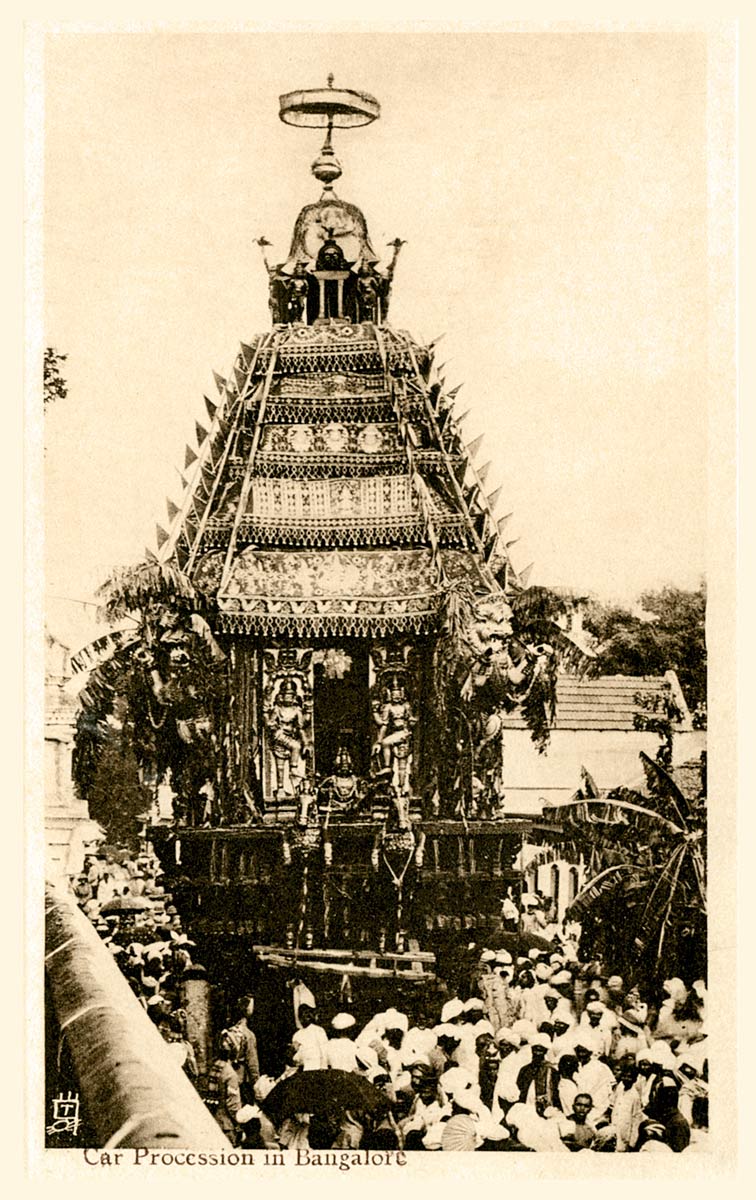 It can be difficult to date Tuck's postcards because their numbering system – series that included India cards went from about 600 to almost 10,000 – was note entirely chronological. Numbers could be re-used and sometimes included six cards, sometimes more. This card is numbered in some printings as 894, as a "Plate-marked Sepia" in some instances, and "Collo-Photo Postcard" in others. Some cards from the 894 series, like this a collotype, were apparently printed in France too. This suggests that the original version of the card pre-dated the Oilettes which, for India, started in 1905. Certainly the car being paraded with the deity inside here was photographed at the same time as the image as the image that became another Tuck's card, an Oilette from 1909 or earlier, revealing, once again, how those "painted postcards" stemmed from photographs.

This card was Published for the English Emporium, Bangalore