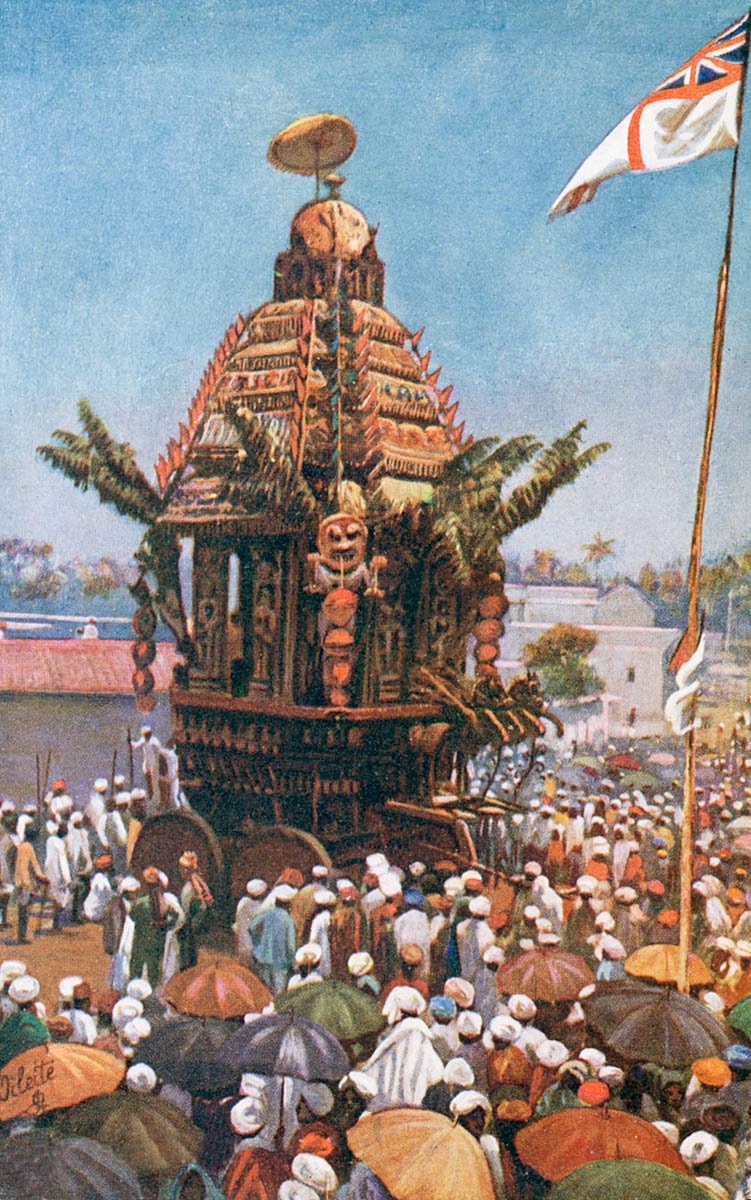 [Original caption] A Car Festival. The huge triumphal car has upon it a representation of the deity in whose honour the festival is observed. The car is drawn around the temple precincts by the willing hands of devotees. Sharp corners are negotiated with the aid of levers: the party manipulating the same may be seen in the picture, behind the car. [end]

Note the British flag flying in the top right corner.