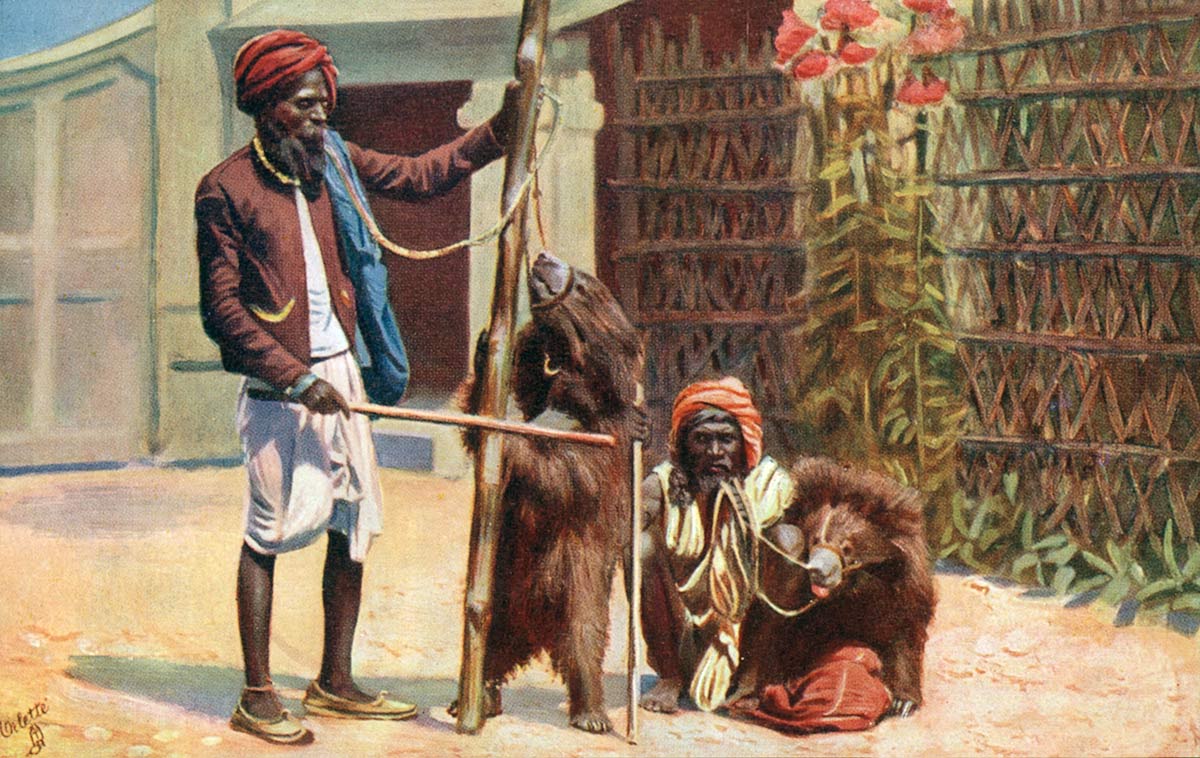 [Original caption] Performing Bears, Calcutta. It is a common occurrence in Calcutta and other cities of India to meet the native from the hills leading a small bear that is found in the Himalayas and other mountain districts. These bears climb poles, dance, perform tricks and are perfectly harmless. [end]

A popular subject of early postcards, bears were usually trapped as young cubs and taught various tricks to entertain the audience. Under the Indian Wildlife Protection Act 1972, bears can no longer be captured or traded and these acts are now illegal. However, this law is often disregarded.