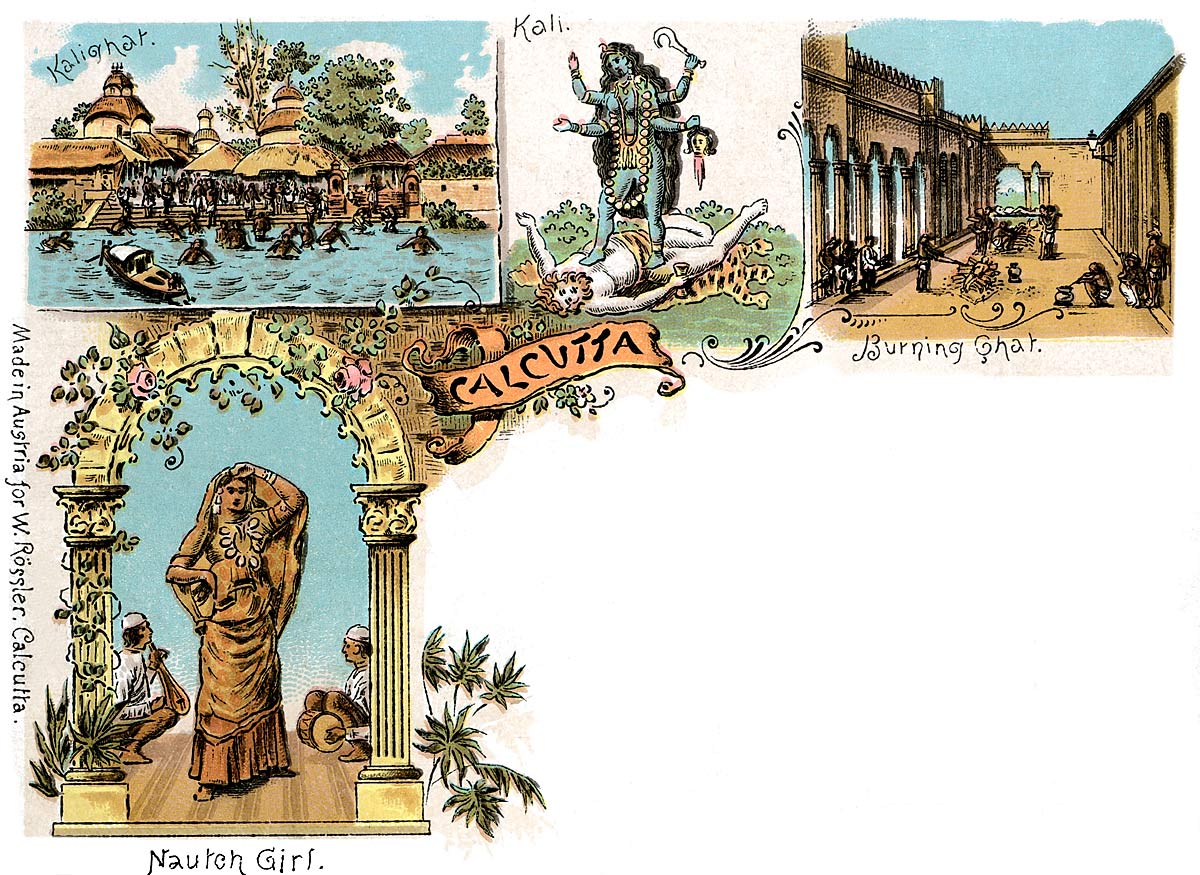 Nautch dancers inspired stories like Hassan Shah’s The Nautch Girl, “the first known modern Indian novel” in the 1790s, as well as the first Urdu novel, the story of the Lucknow courtesan Umrao Jaan Ada in 1899.

A version of this card was sent by Roessler himself, and suggests that like many Raj photographers, he ran side businesses as well. Postmarked Calcutta December 3, 1898, the card is addressed to Karl Hatta in Bohemia, Austria-Hungarian Empire [now Czechia]: [Recto] “1st December 1898. A Merry Xmas and a happy New Year to you W. Rossler Representing J.G.d.A.”