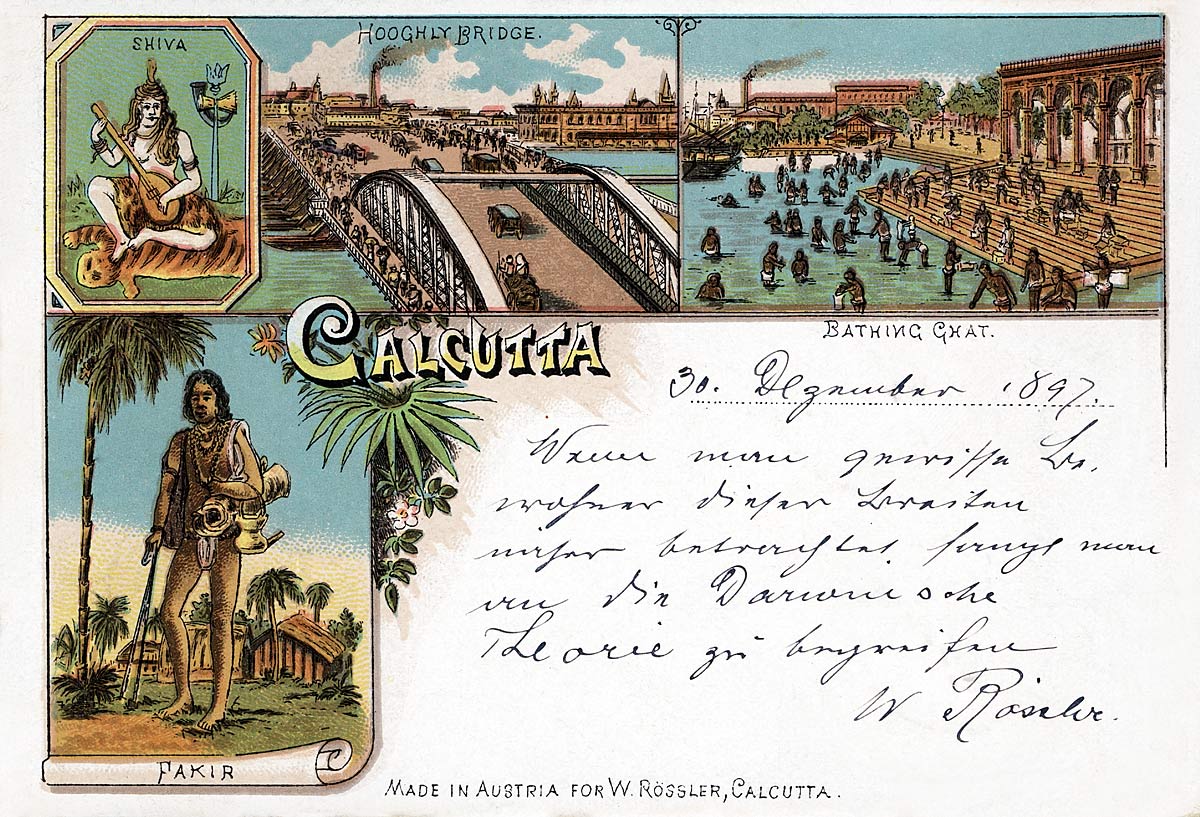 A fourth card in Rossler’s 1897 lithographic series of Calcutta features a fakir, the male counterpoint to the nautch dancer. Above the fakir is his spiritual guide along lifelong wanderings, Lord Shiva. On the other side of the bridge is a bathing ghat. Any musings about what this beautifully laid-out card might have meant to its creator were refracted by this rare message from the publisher himself, Werner Roessler on the card. Addressed to S. Gouthier Esq Turkenstrasse 95, Munich, Germany and postmarked 1 [?] January 1898 Calcutta and 15 Jan 1898 Munich. [Recto] “[Original German:] Wenn man gewisse Bewohner dieser Breiten naeher betrachtet faengt man an die Darwinische (Darwin’sche) Theorie zu begreifen. W. Roessler.” [English translation: When one looks more closely at certain inhabitants of these lands, one starts to comprehend Darwin’s theory]. It is a racist comment, at least towards certain Indians, and makes one aware of the prejudices that lurk in the beauty of a card like this.