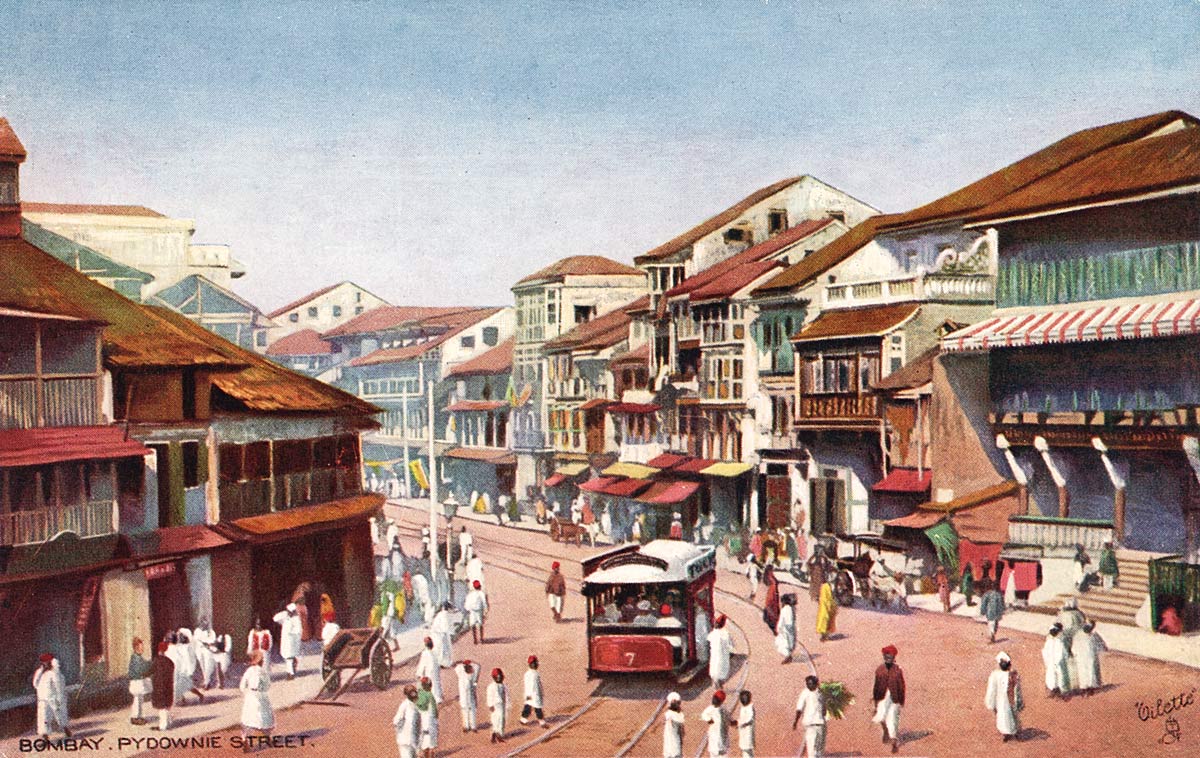 [Original caption] Pydownie Stree, Bombay (City). Pydownie Street, one of the principal highways of Bombay, is typical of the many animated thoroughfares of this busy city. Forty percent of the trade of India is now done through Bombay, while its chief industries are dyeing, tanning, and working in metal. It possesses no less than seventy large steam mills, and a population of between eight and nine hundred thousand. [end]