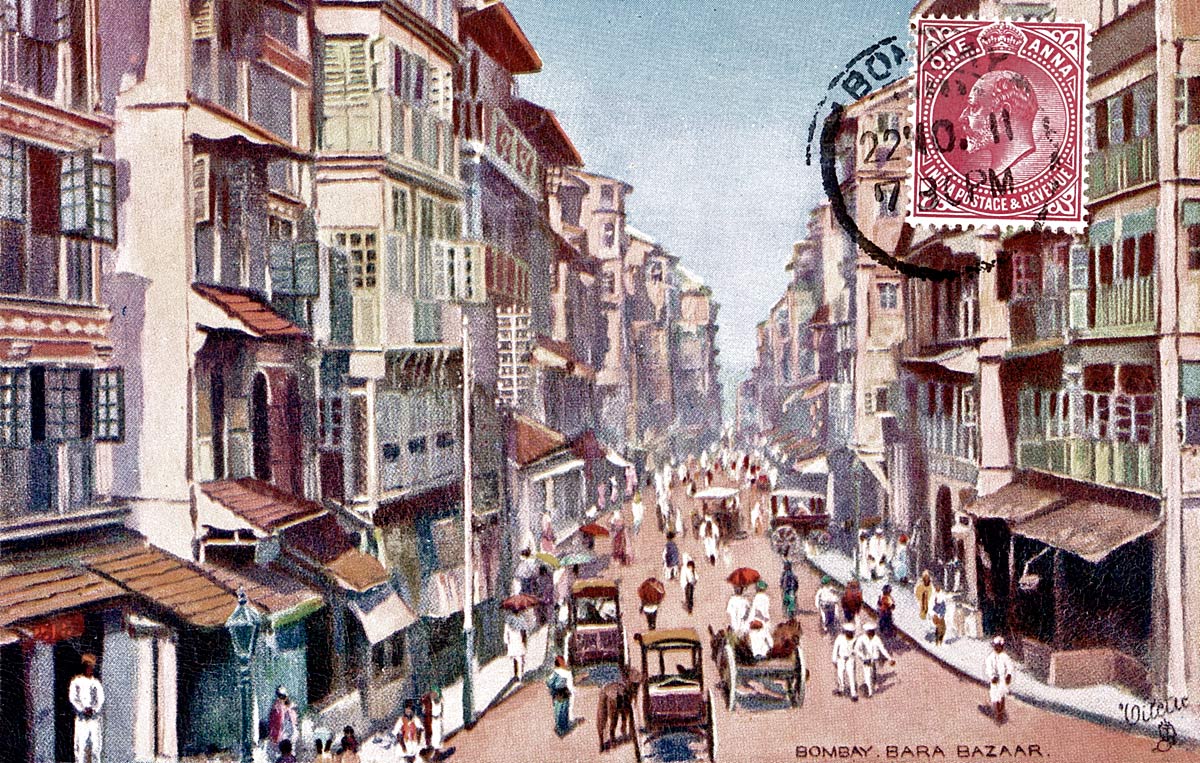 [Original caption] The Bara Bazaar, Bombay (city). The Bara Bazaar is one of the busiest spots in the city of Bombay, and is as substantial in its industries as it is in appearance. It if were not for the natives, with their white and many coloured garments, the street would have more of the aspect of a European thoroughfare than an Oriental bazaar. [end]

From the very first Tuck's Mumbai card series, with a stamp canceled in 1911 on the front.