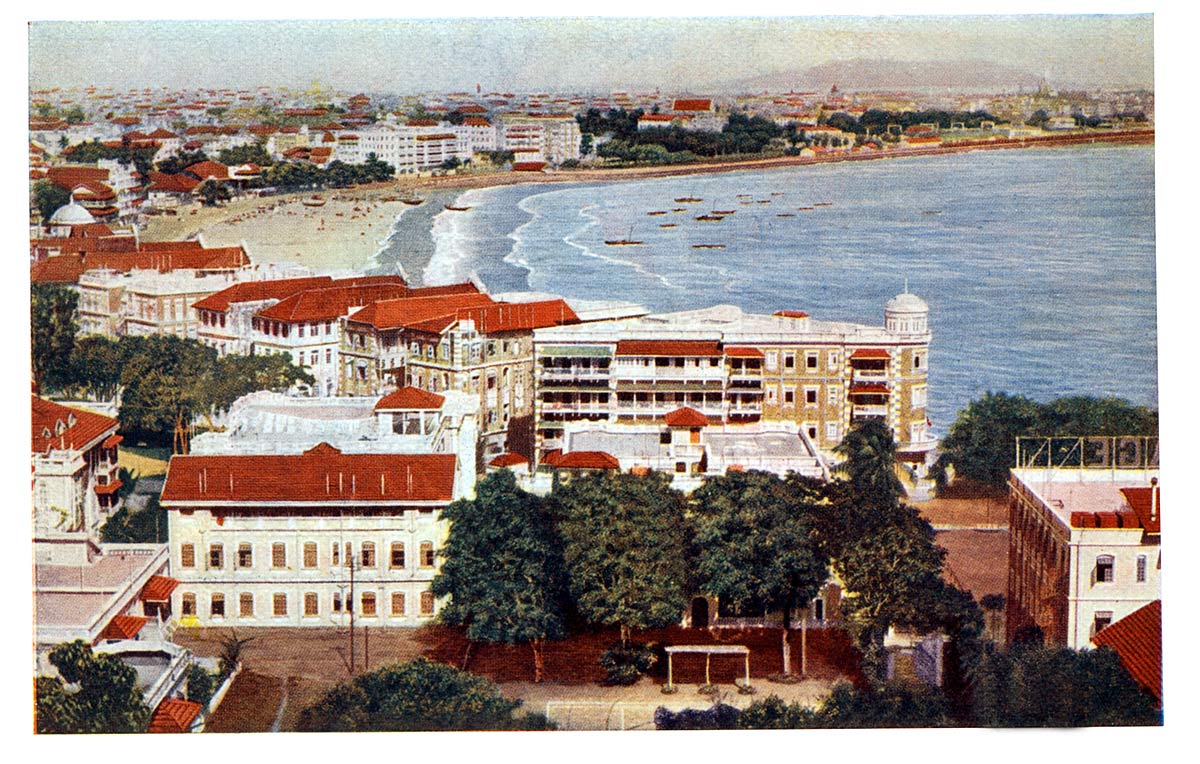 D.B. Taraporevala & Sons, Booksellers, Newsagents and Statioers at 190 Hornby Road was a Mumbai fixture for much of the 19th and 20th century, the place where foreign periodicals, books and newspapers flowed into the city and inspired artists like Raja Ravi Varma, M.V. Dhurandhar and many others. The firm was also an important publisher and distributor of early postcards, like this one of Marine Drive.

"The business was established in 1864 under the name of Hormusji, Sorabji and Co.," writes Allister Macmillan in Seaports of India & Ceylon (1928), "and carried on as such until the end of the nineteenth century when it assumed its present designation. The proprietors are three brothers, Messrs. D.B., H.D. and H.D. Taraporevala. The firm have a branch in the Taj Mahal Hotel. Their telegraphic address is 'Bookshop,' Bombay, and the code used is the A B C" (p. 232).