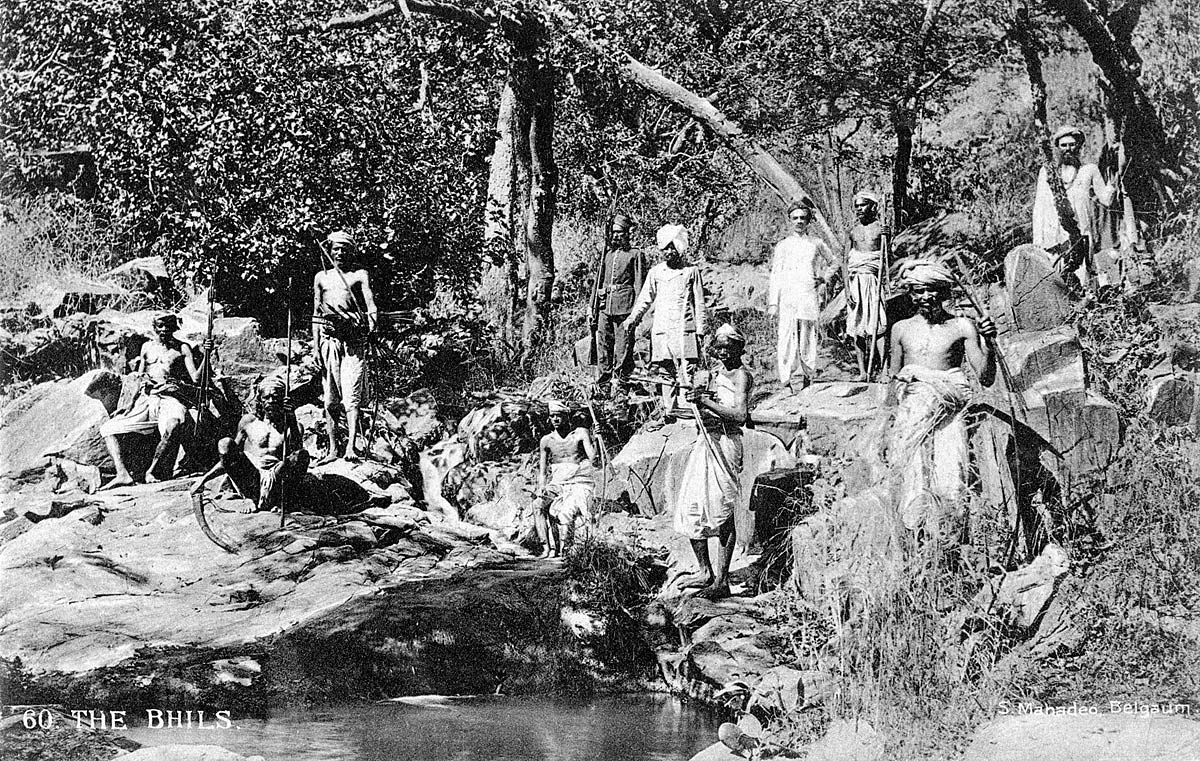 A variety of Adivasi people (as well as officials and a soldier in the center) as part of a rich forest surrounding. Hobson-Jobson (1906) gave this definition

"BHEEL, (p. 91) BHEEL, n.p. Skt. Bhilla; H. Bhīl. The name of a race inhabiting the hills and forests of the Vindhya, Malwa, and of the N.-Western Deccan, and believed to have been the aborigines of Rājputāna; some have supposed them to be the *FULLI=TAI of Ptolemy. They are closely allied to the Coolies (q. v.) of Guzerat, and are believed to belong to the Kolarian division of Indian aborigines. But no distinct Bhīl language survives.

1785. -- "A most infernal yell suddenly issued from the deep ravines. Our guides informed us that this was the noise always made by the Bheels previous to an attack." -- Forbes, Or. Mem. iii. 480.